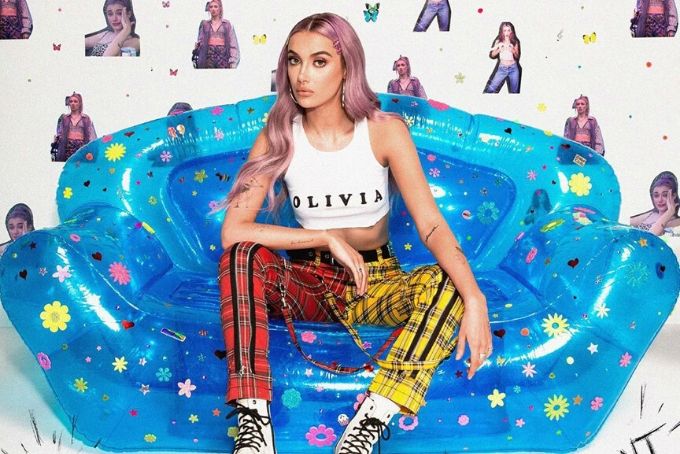 LA-based singer-songwriter Olivia O’Brien is taking her craft to new heights in 2020, starting with her recent Coachella performance announcement, upcoming tour and the creation of her innovative “micro-mixtape” series that highlights her range, making a great addition to her discography. Following the release of O’Brien’s 2019 micro-mixtape, It Was A Sad Fucking Summer, the singer dropped her second micro-project, The Results of My Poor Judgement, just last week.

O’Brien describes a micro-mixtape as a “project made up of two or three songs that fit together sonically and lyrically.” She claims that throughout listening to each song, you should feel a similar range of emotions. The Results of My Poor Judgement does just that. The new release consists of three songs: “Was It All In My Head?” “Josslyn” and “Sad Together.”

Starting the mixtape out strong, “Was It All In My Head?” prefaces where O’Brien is within her own mind. This first track acts as a confessional for the 20-year-old artist, as she realizes that she is the only one to blame for all of her anxiety and insecurities. In the pre-chorus, she sings, “I don’t why I thought it would be different this time // Thought you’d be the one but your one of those guys // Can only blame myself, I made it up in my mind.” Here, she confesses that she’s guilty of creating false narratives in her head that lead to empty promises and disappointment — a very common thing people do when they fall for someone new.

The second track, “Josslyn,” by far stands out the most in this project. As O’Brien wrote “Josslyn,” she shared how she felt about her love interest getting intimate with another girl (mysteriously named Josslyn by the songwriter). The lyrics take on a comedic-yet-vulgar theme. The most notable line Olivia wrote is short and sweet, yet too catchy to forget: “But now we’re off and we’ll never be on again // I hope that it was worth it f*cking Josslyn.” Enough said.

The final track, “Sad Together,” wraps up the mixtape with cohesion as O’Brien touches on her depression and insecurities. She remains very honest throughout the project and isn’t ashamed to admit when she’s feeling sad and lonely. Although she experiences these melancholy feelings, she preaches to anyone that’s listening that they are “not alone when you feel alone,” so we all might as well unite as supportive friends and be “Sad Together.”

Between the two micro-mixtapes released thus far, O’Brien has already established a deep connection to her fanbase. While It Was A Sad Fucking Summer depicts the somber feelings around the ambiguity of casual relationships, The Results of My Poor Judgement walks us through the aftermath of a breakup when we realize that all we’re left with is ourselves. The vulnerability of her music makes her extremely relatable and intriguing. As an artist she’s able to take lessons from her poor decisions and formulate a project that’s nostalgic, empowering and honest. She sets a healthy example that although we make mistakes, we can hold ourselves accountable, turn our frustrations into art and move on from the situation.

Be sure to stream The Results of My Poor Judgement now and grab tickets for Olivia O’Brien’s spring tour while they’re still up for grabs!