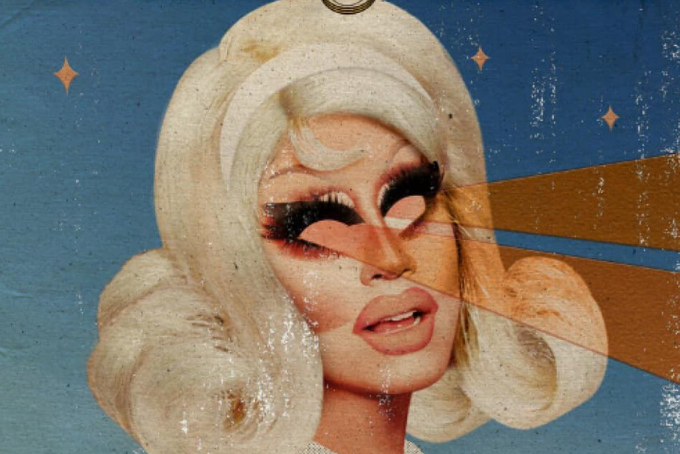 Outside of the show, Trixie starred in The Trixie & Katya Show on Viceland, along with fellow Drag Race alum Katya. And you can catch their Netflix documentary, Moving Parts, available for streaming now. Trixie has been sharing her musical talents with us starting with the 2017 album, Two Birds, and then the 2018 album, One Stone. And on February 7, 2020, Trixie dropped Barbara.

The album is split into two sides, four songs each, which feel like the two sides of Trixie Mattel’s aesthetic. The first side feels a lot like Malibu Barbie, starting off with a song dubbed “Malibu—” and rightfully so. The first part of the album has a 1960s pop sound with an edge, perfect to throw on when you’re headed to the beach. And while you’re cruising, listen to the ultimate fan love letter to Jesse Eisenberg (yes, the Social Network, Zombieland Jesse Eisenberg) with Trixie’s song, “Jesse, Jesse.” The chorus sings, “Jesse, Jesse, take my hand // You can meet me in Zombieland // You know inside every clam’s a pearl // I could be Jesse’s girl.” It’s an incredibly fun and a great addition to the album’s upbeat tone.

The second half has a folkish, country sound, which is what Trixie is known for. The sound has a chill and folksy vibe, with heartfelt lyrics telling stories of Trixie’s heartbreaks. The first song, “Gold,” has a chorus that sings, “Where do you go when the gold is gone, // When the old front lawn’s turning gray? // Will you grow from those cold blood // Wrongs when those old love songs start to play?” It’s something we all feel when we wonder where the gold and shimmer of a past love goes when the love fades.

It’s exciting to see Trixie be vulnerable with her music. The mix of emotional and toe-tapping music will give you the perfect vibe to go into this summer. Trixie Mattel’s newest album, Barbara, is out now and you can stream it now!