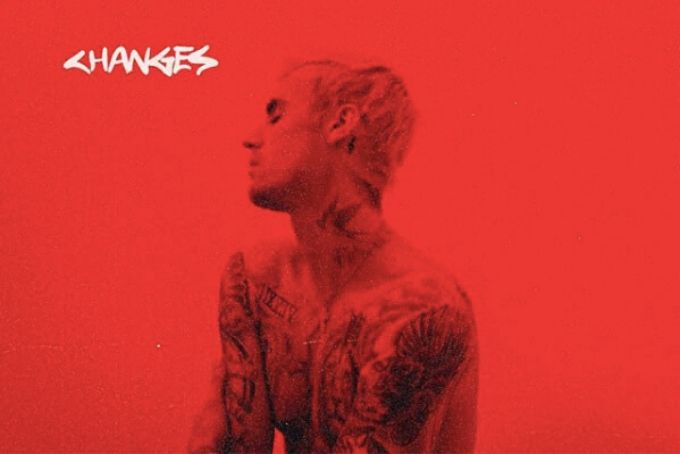 After almost five years since his last album, Purpose, Justin Bieber has finally released another album, titled Changes. The album was released on Valentine’s Day, which was very appropriate as the the majority of the songs on the album are written about his wife Hailey Bieber. The album contains many amazing features, including ones from Post Malone, Lil Dicky, Travis Scott, Quavo and Kehlani. After taking a break from music for a while, this album’s the beginning of a new era for Justin and includes many upbeat and enjoyable songs.

The album opens up with “All Around Me,” which is a song about him falling in love with Hailey and realizing how love changes your outlook on life. The album then transitions onto “Habitual,” which is understandably one of Justin’s favorites off the album. Justin’s voice sounds very soothing, singing the lyrics, “Flowers open when they feel the sunlight // Moonrise, tide change, right before our eyes // Aggressive but softly, you place your lips on my lips // We’re each other’s vice.”

This album’s the perfect mix of pop and R&B with songs like “Yummy” and “Intentions” that are great to dance and have fun to while listening. Songs like “Take It Out On Me” and “E.T.A” very apparently bring out Justin’s R&B side and show off his falsettos. Moving forward, the album transitions onto the title track, “Changes,” which is a beautiful song about getting through tough times and pushing forward and having faith.

The album closes out with “At Least For Now,” which is a ballad that describes the love he has for his wife and cherishing what they have in the moment. The last song on the album’s another version of “Yummy” that features Summer Walker, which is definitely something we never knew we needed. Her voice brings something else to the song, making it feel brand new.

Overall, Changes is an epic love poem written for Justin’s wife and definitely shows the growth Justin has had over the years. The album’s fun and has a great mix of ballads and upbeat songs for whatever mood you may be in, making it an enjoyable album. Check out Changes below and be sure to leave a comment and let us know what you think.