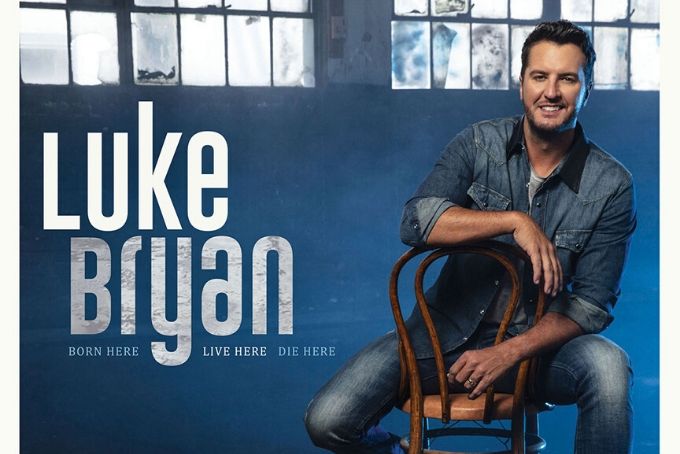 Country music superstar Luke Bryan has just released the title track for his latest album Born Here, Live Here, Die Here. Luke Bryan sings of his country roots and how they have such a strong hold on the Georgia-born singer. Country music fans will love this new ballad about hometowns and all the memories that can be found within them.

Luke Bryan is known for his country roots. This song brings back a certain sense of nostalgia for fans. It also draws fans in with the sound and lyrics. Something we love about the song is how he reminisces on his family lineage dating back to his grandfather. The lyrics “Ride the same roads, work the same dirt, go to the same church and drink the same beer…” make us want to find our small town and dig roots there.

Something else that we love about this track is that it will be a part of his seventh studio LP that’s set to release in April. Fans have patiently been waiting for a new LP or album from Luke Bryan, and it’s coming up quick! This new LP will feature ten songs and a few collabs. The song has also inspired Bryan’s tour, titled Proud to Be Right Here Tour. His tour officially kicks off May 28 in Cincinnati, Ohio and will feature Morgan Wallen, Runaway June and Caylee Hammack. It’ll definitely be a must-see summer concert this year!

Check out “Born Here, Live Here, Die Here” now! We’re so excited for Luke’s new LP and we hope that there’ll be at least one or two more songs that release before the album release day!