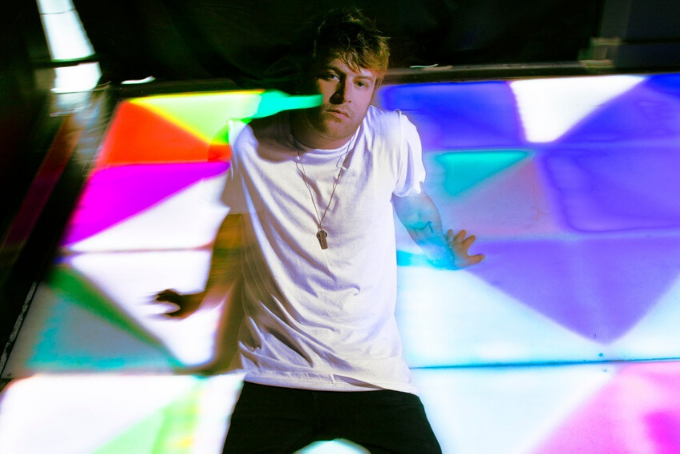 We recently had the opportunity to chat with Colin Dieden, otherwise known as Little Hurt. You may recognize him as the former lead singer of The Mowgli’s. Colin has set out on his own as a solo artist and has launched with two well-received tracks, “Good as It Gets” and “It’s OK Not To Be OK.”

Little Hurt just dropped his new track on Valentine’s Day called “Better Drugs,” which Dieden himself has dubbed “potentially his favorite song he’s ever written.” We chatted with him about his solo success thus far, his upcoming EP and the intimate topic of sadness that he writes about.

Your debut single, “Good As It Gets,” has racked up over 400,000 streams on Spotify and was praised by Entertainment Weekly as a “remarkable debut.” Tell us about the track and what it means to you.

It was really cool to have such a great reaction to my first release. That song is so incredibly honest so it’s always a bit scary to put yourself out there like that, but that’s the point of this whole project as Little Hurt — to push myself to be as authentic as possible even if it makes me feel uncomfortable.

“Good As It Gets” was followed by “It’s Ok Not To Be Ok.” Both tracks will be featured on your upcoming EP, along with your single, “Better Drugs.” What should fans know about this single?

“Better Drugs” is potentially my favorite song I’ve ever written. This was the first song I wrote as I was sort of phasing myself out of The Mowgli’s. This is the song that everyone heard and was like, “Yeah, you need to do a solo project. This is new, this is special.” I’m really excited to share this with the world because its a story I’ve been needing to write about for a long time but didn’t necessarily know how to approach it.

Ruffian has produced tracks for Kygo, Zedd and Selena Gomez, and has produced the majority of your upcoming EP. Can you describe your collaboration process and how you write together?

The second I met Rob [Ruffian], I knew I was going to know him forever. Not only is he one of my best friends on planet earth, but he’s so incredibly talented it makes your head spin. It’s a unique and cool position to have your producer be someone so close to me because it allows me the opportunity to open up entirely in the studio in a way that would be more difficult with a stranger or someone who was just brought in to work on your record with no emotional attachment to the project.

I know Rob works hard to pull the best out of me, whether through my writing, vocal performances, etc., and he doesn’t settle for anything but the best, and that’s exactly the type of partner I need when it comes to creating the best music possible.

You were the lead singer of The Mowgli’s for a long time. How does it feel to be stepping out as a solo artist, and how does it differ from performing and writing with a band?

It’s really been reinvigorating to do this alone. I love so many memories I have from being in that band. It made me who I am today. But at some point, I started to feel like I was standing still and just sort of waiting for something to happen — and it took me a long time — but I realized I needed to get up and create whatever it is I was waiting for. No one was going to do it for me and I was sick of feeling like I was going through the motions.

That band was a safety blanket for me, and as my best friend told me, leaving may have been one of the bravest decisions I’ve ever made.

Describe your songwriting process. Do you find that it is easier to write lyrics or a melody first? Do you write primarily in the studio or in another setting?

I generally write in the studio just because it’s nice to be able to produce the track while writing so that you can kind of watch the song come to life right before your eyes. Throughout the day I’m constantly jotting down little phrases or words that stick out to me. I mean like, I have thousands in my pocket right now as we speak. So I’ll sit down in the studio with whoever I’m working with that day and be like, “What do you think about this for a concept or a title,” and they’ll either be like, “Yeah that rips,” or, “No, what? Let’s try again.”

These songs really describe sadness in a brutally honest way. Is it therapeutic for you to be so open and write about this feeling that we all experience, but is probably not spoken about enough?

Of course, getting these things off my chest is going to be cathartic, but to be honest, I feel it even more when I hear someone relates to one of my songs because that’s when you really start to feel less alone. Having a kid be like, “I was going through the worst part of my life — here’s what happened and your music saved me.” That’s the best part of what I do. Connecting with the fans and watching them connect with each other through shared experience.

How did your time writing and performing with The Mowgli’s affect how you write music now?

Well, I’m definitely not starting from zero, you know? I’ve been writing since I was 13. I’ve been a frontman on a professional level for a decade. So it makes stepping into this role a lot easier than maybe someone who has never done this before. Also just the sheer amount of songs I’ve written. I’ve written like a thousand songs or more — I have no idea. But if you do something enough, you get good at it and I have to say, I’m writing the best songs of my life right now.

When you’re not in the studio or performing on stage, what do you like to do for fun? Do you have any interesting hobbies?

I really love to cook. I love to research and study different foods. I’m absolutely obsessed — it’s insane actually. I think it accesses the same part of my brain that music does. Besides that, I like to travel and go to different places and pretend I have a different life for periods of time just to see what that feels like.

I think we’re getting close to announcing a tour, so please be on the lookout for that!

Is there anything else you’d like to add that we may not have mentioned?

I really appreciate you guys talking to me and hope you check out my new single “Better Drugs.” Thank you.