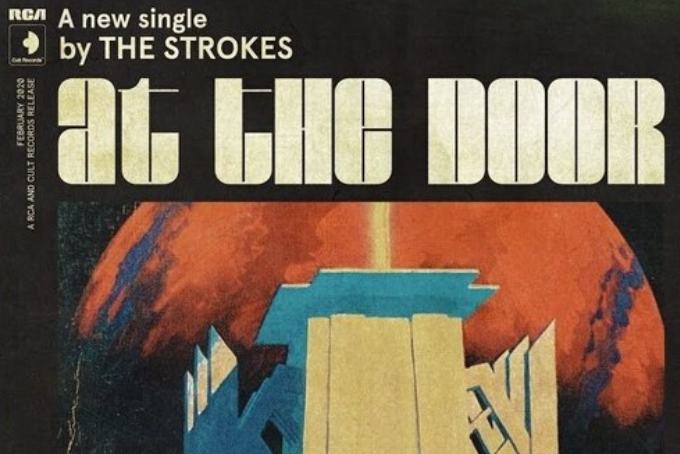 It’s been four years since The Strokes have released new music.

In that time, The Strokes have played shows sporadically and gained a famous fan in Queer Eye’s Antoni Porowski, but haven’t done much else.

It’s not like they have to, of course — aside from the fact that members like lead singer Julian Casablancas and guitarist Albert Hammond Jr. come from already wealthy families — The Strokes are legends in the indie rock scene, having no less than three iconic hits: “Someday,” “Last Nite” and “Reptilia.”

If they never wanted to make another song again, they wouldn’t have to.

But luckily for us, they want to make more music, and they’ve blessed us with “At the Door.”

There’s something longing about “At the Door,” a dreamy, synth-flavored ballad that takes more cues from The Voids (Casablancas’s side project) than it does previous Strokes albums.

Barcelona. Boom. 🇪🇸 Follow the link in bio for deets

It’s a sad, slow song that describes loss, broken promises and broken relationships. Loss, in particular, has seemed to be a theme with Casablancas’ work since his father passed, and music by him (and The Strokes) has taken on a much softer, sadder tone than the gritty and aggressive rock romps for which that he became famous.

What’s nice about “At the Door,” though, is that it finally feels like The Strokes are finally ok with their new, more reserved, thoughtful outlook on life.

Previous albums seem to try and hide this vulnerability behind layers and layers of distortion and synthesizer, among other things. In “At the Door,” we hear Casablancas’ full voice with lyrics that are much more straightforward. And while we’re missing the guitars that we love from Hammond and Nick Valensi, their influence isn’t completely gone.

(Though, given some of the rumors that float around about The Strokes, it wouldn’t be surprising if they didn’t have an equal say in the song — but we digress.)

Is it the best song by The Strokes to ever exist? No. Absolutely not. But we doubt that anything they put out will ever live up to the legacy that Is This It? has. You can’t bottle lightning twice, and it’s hard to replicate the kind of zeitgeist capturing they did with that album. Most bands never even manage to do it once.

So yeah. Maybe The Strokes are past their prime. But even still, they’re producing good music that’s got some kind of meaning to them, and that’s all we can really ask for from an artist.

At least this song sounds like they want to be in the studio. (cough, cough Green Day.)