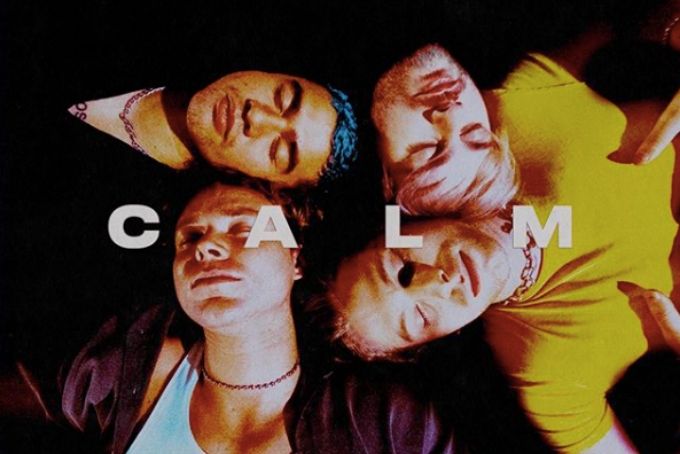 5 Seconds of Summer reflect on a rough-and-tumble past in their latest single, “Old Me.” It’s the third single off their upcoming album, Calm, out March 27.

“Shout out to the old me and everything you showed me,” vocalist and guitar player Luke Hemmings sings in the chorus. “Glad you didn’t listen when the world was trying to slow me.”

The verses describe what seems like a troubled time in the singer’s past, with lyrics about throwing punches and waking up with no memory of what happened the night before. Even though these experiences might not have been great, Hemmings is still grateful for how they shaped him into the person he is today: “Had to fuck it up before I really got to know me.”

While the lyrical content is interesting, the melody can get a little predictable. It lacks the innovation and harder edge of previous singles “Teeth” and “No Shame.” In other words, it’s fine, but a little forgettable compared to other songs in their discography. However, the lyrics are mature and introspective — a good move for a band that’s trying to show the world they’ve grown up.

“‘Old Me’ carries a youthful spirit and follows the narrative of a young person’s life growing up, for better or for worse,” Hemmings said in a statement about the song. “Every decision we made, whether right or wrong, has led us to the men we are proud to be today. We were thrown into the public eye at a young age and gratefully had each other at a confusing time. Sometimes it’s important we look back in order to appreciate the journey we’ve been on together.”

The song’s release was accompanied by a video full of childhood photos of the band members — Hemmings, guitarist Michael Clifford, bassist Calum Hood and drummer Ashton Irwin — along with the lyrics to the song.

Calm is 5SOS’s fourth studio album. The band will hit the road for a fall tour this year, kicking the whole thing off in Denver on August 19.

Check out “Old Me” here!