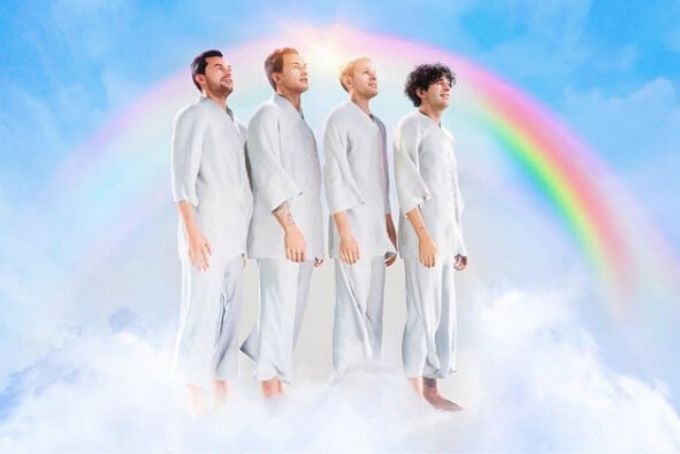 In The 1975‘s latest music video for their new song “the Birthday Party,” we see the members of the band living in an alternate universe. In the video, we see a digitized Matty Healy enter into a building resembling a spa, titled “Mindshower.” After going offline and checking into “Mindshower,” virtual Healy begins to wander around what seems to be a serene world full of many viral memes. The whole video’s very bizarre and unlike anything The 1975 have done before.

“The Birthday Party” is the fifth single to be released off the band’s upcoming album Notes On a Conditional Form. It’s very clear that the song’s theme of wanting to escape from reality is portrayed in the video. The song has a very soothing and relaxing vibe to it that matches well with the world shown in the music video. In the song, Healy reminisces about that time when you agree to go to a party, but realize it was a bad idea as soon as you arrive. This is a situation many people can relate to with lyrics such as “This ain’t going well // I thought that I was stuck in Hell // In a boring conversation with a girl called Mel.” The song also includes references on how parties can sometimes tempt you into falling into bad habits, with Matty singing, “I depend on my friends to stay clean // As sad as it seems.”

Overall, The 1975’s “The Birthday Party” is all about a need to go offline and escape reality. The video’s definitely unlike anything we have seen and we highly recommend you check it out below. The rest of Notes On a Conditional Form will be released on April 24 and we cannot wait to hear what else the 1975 have in store for their fans.