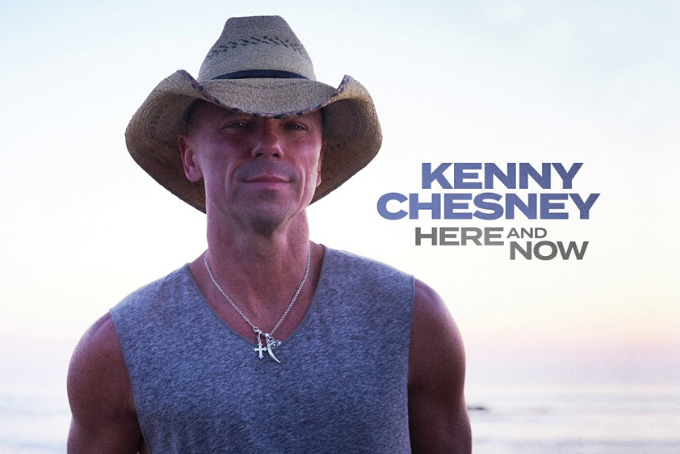 Summer concert season is kicking off early this year and is being ushered in by none other than the king of No Shoes Nation, Kenny Chesney. New singles by Kenny usually mark the upcoming summer months that we are all wishing for right now, so his newest single “Here and Now” is pushing us one step closer. This song definitely encourages us to live in the “here and now,” rather than focusing on the big things and live in the little moments.

Kenny posted this little snippet just before the release of the song so that fans could look forward to what is to come:

Everybody’s waiting but they’re waiting on what? #hereandnow

Kenny Chesney is the king of kicking back and relaxing so it is no surprise that “Here and Now” has the same vibes that we are used to. Something that is a little different about this song is that it’s a little more reflective as a song and encourages listeners to live and breathe in the here and now. It is extremely important to slow down and enjoy the little things in life.

We really love the chorus, during which Chesney sings, “Here and now // Nowhere else in this world enough // You and me, ain’t it good to be alive? // Ain’t no better place, ain’t no better time than // Here and now // Everybody’s waitin’, but they’re waiting for what? // Better get to livin’, ’cause all we’ve got is // Here and now.” Hopefully, this ode to living in the moment will relay into our lives, and we will remember to cherish the little things.

“Here and Now” will be featured on Chesney’s newest album, which is expected to release later this spring, although there is not a definite date yet. Chesney will also be touring this summer — the perfect time to debut this new music to his No Shoes Nation crowd. Hopefully, all of the songs will usher in the summer and the warmer weather. We are SO excited for what is to come!

Check out the official audio video for Kenny’s “Here and Now” and remember to soak in the little moments: