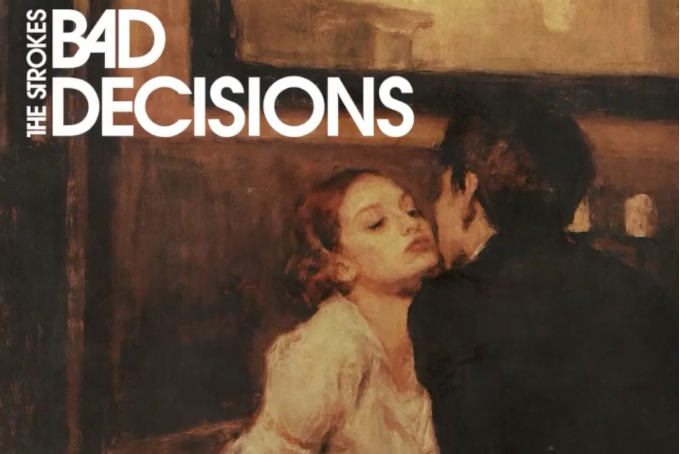 The kings of indie rock are back, and they’re getting ready to release their sixth album. Of course, it’s highly anticipated, since it’s their first studio album since 2013. “Bad Decisions” is The Strokes‘ second single, and from what we’ve heard so far, they are making 2020 their year.

For long-time fans, the single has a bit of their signature sound. With a hint of nostalgia and a lot of enthusiasm, “Bad Decisions” is a guaranteed jam. Even better, the accompanying music video is hilarious. There’s nothing better than seeing your favorite bands having fun.

Musically, “Bad Decisions” may be on the simpler side, but it’s extremely catchy. “Bad Decisions” is on par with their other hits, such as “Reptilia” and “Someday.” The single is has a nostalgic vibe to it that is totally infectious. Undoubtedly, this is some of The Strokes’ best work.

We all have been in a place of making bad decisions and choosing the wrong relationship. However, it would also be a bad decision not to dance around to this bop.

And with a catchy song, comes an even better music video. Matching the retro vibes of the song, The Strokes made a video with them starring in a 1970s infomercial. Have you ever wanted to order your own customizable member of The Strokes? Well, that’s exactly what this video portrays. And of course, hilarity ensues. With everything from band members being gifted at children’s birthday parties to the robot men malfunctioning, its fun for both the band and fans.

In the past, The Strokes were categorized as a “revival” band. They previously brought garage, indie and alt-rock back into the 2000s. Maybe 2020 is the band’s own revival. “Bad Decisions” is fun and reminds everyone why they gravitate towards this genre.

However, they are certainly keeping with the times, particularly since the song was premiered at a Bernie rally. The Strokes have an aura about them that make listeners want to dance, smile, reminisce and maybe even rally behind a presidential candidate. We cannot wait to see what 2020 has in store for them. The sixth album anticipation is at an all-time high!