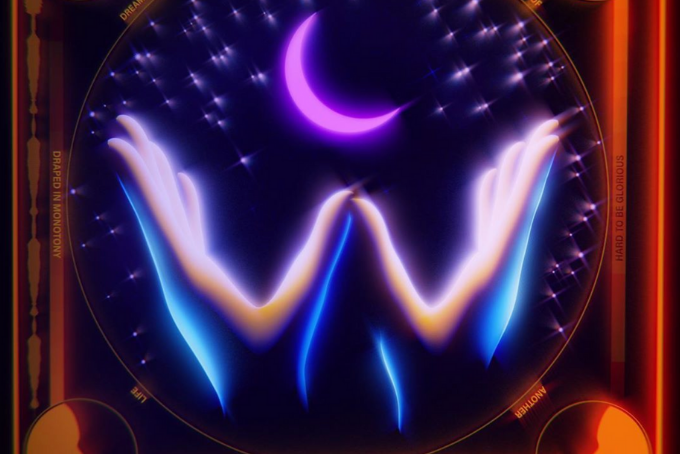 The Avalanches have recently dropped a new song, “We Will Always Love You,” featuring Blood Orange, making it their first release since their 2018 remix EP Because I’m Me. The Aussie electronic group is known for its soft, plunderphonic style that emulates profound feelings of nostalgia.

“We Will Always Love You” keeps the group’s dreamy philosophical theme alive with the help of vocals from Blood Orange’s Dev Hynes and samples from Smokey Robinson & The Miracles’ “I’ll Take You Anywhere That You Come,” as well as The Roches‘ “Hammond Song.” The ethereal new single is accompanied by a visualizer video published on the band’s YouTube channel, leaving the optic message up for interpretation.

Similar to the song’s lyrics, the visualizer video is a relaxed, slow burn as it transitions from a detailed focus on the micro to panning out into the macro. The abstract animation acts as a metaphor for the journey of life — what once seems like your greatest concern is eventually forgotten and accepted by time, leaving us realizing that the human experience makes us part of something far greater than ourselves.

On their release day, the band shared their input on the new single: “Sometimes we receive a message. Telling us our music has been there; through dark times, loneliness, loss. There are no words to express how moving or profound this connection with you is. Because the music was born out of such moments itself, and so it is felt, by those with open hearts, on the same wavelength it was first created. Morse Code beamed and received by hearts and hearts alike. Our new record is about such journeys, from darkness to light.”

We Will Always Love You has begun to appear on streaming services worldwide. We hope you enjoy! Follow the link in Bio. Thank you @devhynes @turkishprison @kellymoran__ @johncarrollkirby @zawhatthe & @kunichi_nomura ✨

It’s safe to say that this new single perfectly balances the “old” and “new” waves of music. This collaboration between The Avalanches’ dreamy alternative production and the soulful vocals of Blood Orange was made to bridge the space between the past and present, and we can’t get enough of it!