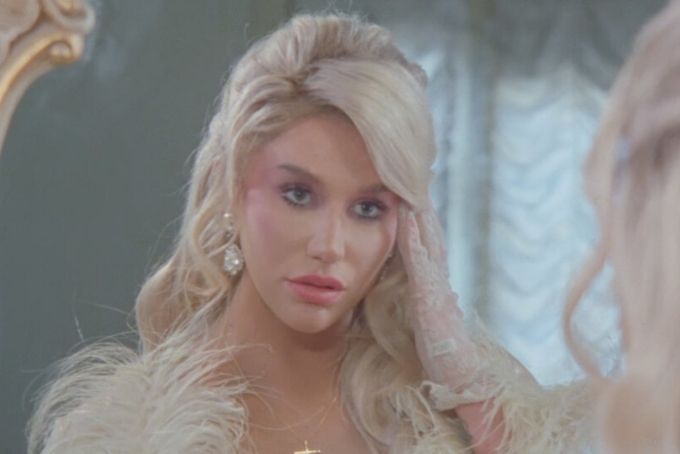 Long before “Tik Tok” was an internet sensation and savvy music app, it was the title of a hit song from Kesha. For her birthday, we’ll look at how she’s transformed her craft and confidence as an artist, while sending an important message about staying true to yourself, as well as surviving tough challenges.

Kesha Rose Sebert came to fame in 2009, with her famous hits about partying and gettin’ crazy. When you heard the wild, energetic heroine screech, “Wake up in the morning feeling like P.Diddy…” you were already hooked. Down the line, in addition to her own material, she has contributed to many other songs with Flo Rida and other artists.

The releases of Animal and Cannibal in 2010 introduced us to the young, care-free and bold female singer. Her songs were centered around pushing limits, partying, boys and going crazy with the rhythm of the music. Breakout hits included “Dancing With Tears In My Eyes,” “We R Who We R,” “Your Love Is My Drug,” “Take It Off,” “Blah Blah Blah” and “Animal.” Throwbacks, am I right?? Her performances at award shows and concerts never failed to amaze us. A few years later, her release of Warrior was another banger album with “Die Young.” The super-fun and boppy Kesha promised to always succeed your expectations.

Over the last few years, she’s faced a terrible court battle with Dr. Luke, a music producer, who she’s accused of misconduct and sexual assault. As she tries to move forward, she released Rainbow, an alluring album with jams and ballads about rising above the hardships and gaining the strength to carry on. This is most notable in “Praying,” her most emotional track yet, about her demand for justice and how she wishes nothing but for the perpetrator to have peace and pray for forgiveness. The track portrayed Kesha in a different way to fans, who had never really seen this side of her before.

In the wake of a gruesome battle in court, Kesha poured her heart and emotions into new material. The utopian, cosmic attitude in Rainbow allowed fans to support her during a difficult time, which was demonstrated in her performance at the 2018 Grammys that paid tribute to the #TimesUp movement. The songs “Prayin’,” “Woman” and “Learn To Let Go” proved to be incredible outlets in allowing Kesha to recover from the heartache. Her tone and the melodies were full of passion and vulnerability.

Earlier this year, we heard from Kesha again in High Road. The album blends both the courageousness in Rainbow and the party era of Animal. “Raising Hell (feat. Big Frieda)” is a jam that celebrates youth and forgiving yourself.

So thank you, Kesha, for being an advocate for victims of sexual assault and disrespect in the music industry, as well as for the LGBTQ+ community. Her music, whether about havin’ a good time or bouncing back from heartache, never fails to shine a light. Keep on rockin’.