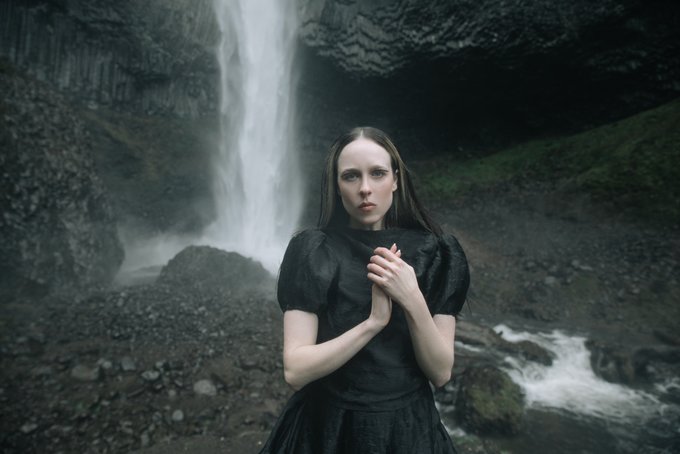 In an era where prolific artists like Charli XCX and SOPHIE are the minds behind some of the biggest pop songs, the world has turned their back on the formulaic pop that the system churned out for years in search of something with something more to say. With the recent success of Billie Eilish, one begins to wonder who could possibly ride that trend all the way to similar results. On Cape God, Allie X proves she is endlessly worthy of it.

In her releases prior to Cape God, Allie X displayed her ability to create some incredible pop songs (“Casanova,” “Girl of the Year” and “That’s so Us” to name a few), but it always felt somewhat distanced. Admittedly, this distance seems to be intentional. Per a Vice interview in 2015, the X in her stage name refers to the unknown variable in math. However, on Cape God, every word and breath feels deeply personal. Inspired by an HBO documentary titled Heroin: Cape Cod, USA, Allie X said that she identified with the same feeling of being an outsider that the young people in the documentary experienced — a feeling so innately interwoven into the fabric of this record.

Cape God builds marvelously on the already iconic Allie X sound that is almost so sweet it’s sick and vice versa. Here, however, that sound is more grounded, rooted so heavily in the concept of the album, so earnestly needing to explore the idea of being an “outsider.” The sound of the album is very cohesive, yet somewhat jumpy, leaping from sweet synth-pop like “Sarah Come Home” to the dark rumbling rattle of “Rings a Bell” to the soaring, haunting vocals of album highlight “Love Me Wrong.” The album is wonderfully centered in its own darkness, layering heavy undertones of gloom underneath the artificial pop production. “Life of the Party” is an immediate standout, becoming one of the few songs that has truly earned a double-take. The track is twisted tale of violent sexual assault wrapped in an immensely catchy pop song. It’s not until the end of the first chorus, when X repeats the titular lyric over and over till way past the point of the comfort, that you truly release the horror beneath the surface.

As harrowing as it is, that’s the beauty of Cape God. It’s disturbing, yet catchy; painfully raw, yet undeniably dance-able. It immaculately captures the feeling of the “outsider”; the impossible pain beneath the surface, hidden only by the determination to never let the world see your cry. But, as Cape God proves, that pain doesn’t take long to bubble over. That said, Cape God also proves something else: Allie X is a complete and utter genius.