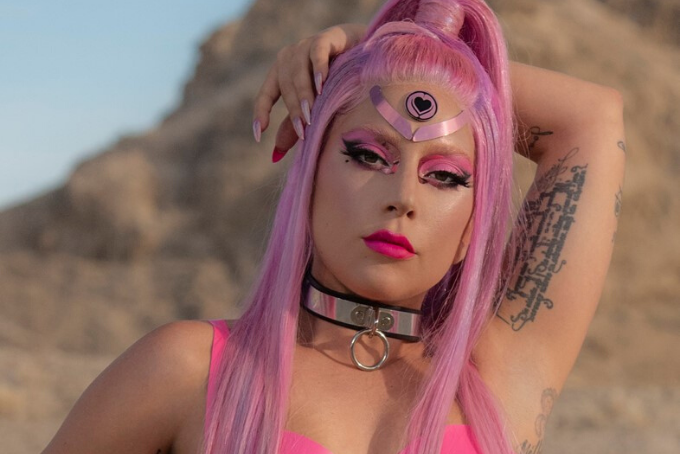 Lady Gaga is one of the most versatile artists in music history and her discography is indicative of her irrefutable talent. After all, this is the same woman who dominated pop radio with a trifecta of pop perfection (The Fame, The Fame Monster, Born This Way), dropped a polarizing exploration of genres with ARTPOP, recorded Cheek to Cheek with Tony Bennett, then pulled back with a collection of soft rock/country tracks on Joanne. Her most recent project, A Star Is Born, was a striking success that the general public was completely enamored with for well over a year.

It’s been about half a decade since Gaga delivered a back-to-basics album with the dance music that reeled her Little Monsters in at the dawn of her career. Enigma, the Las Vegas residency that’s had fans traveling to and from Nevada since December 2018, hardly quelled the demand for a new radio-friendly project. However, all of that will change on April 10 with the release of Chromatica, which its lead single, “Stupid Love,” has perfectly set the stage for.

This is not the album cover but we made it for you to enjoy in the meantime 😘 pic.twitter.com/dz2KWt1MzN

As an established pop culture icon, Gaga has nothing left to prove, so diving back into the lighthearted aesthetic of “Stupid Love” — with the aid of previous collaborator Bloodpop — was inevitable. With a little input from French producer Tchami, the arpeggiator-driven, club-ready anthem serves as a burst of fresh air in Gaga’s recent discography, especially since Joanne and A Star Is Born were emotionally heavy projects with heartbreaking backstories. Sure, “Stupid Love” was making the rounds long before its official due date, thanks to an unfortunate January leak (that the “Bad Romance” singer herself subtly acknowledged on Twitter), but the track’s just as enjoyable in all of its legally released glory.

The most shocking name found in the songwriting credits is pop music extraordinaire Max Martin. In an interview with Zane Lowe, Gaga admitted that she had to put her pride aside to work with the hitmaker and that they exchanged melodies and lyrics until the final product emerged. In the same interview, Gaga described the song as “fun and energetically pure,” and that she just wants “people to feel happy.” Considering Martin’s phenomenal track record of radio hits, it’s easy to see why Stefani Germanotta brought down her walls and allowed the Swedish songwriter into her universe — which, by the way, isn’t on Earth, because that planet is obviously cancelled.

With a blend of video games, animé and Power Rangers, the “Stupid Love” music video is a vibrant dance party that surprisingly wasn’t filmed with a green screen backdrop. However, the battle for dominance amidst the “tribes” was captured on an iPhone camera, serving as an interesting advertisement venture for both Apple and Germanotta. It’s safe to say that the groundwork for Chromatica has been set and, should she opt for consistency, we could be seeing a lot more of these tribes and the “Kindness Punks” fighting for Chromatica in future videos and performances.