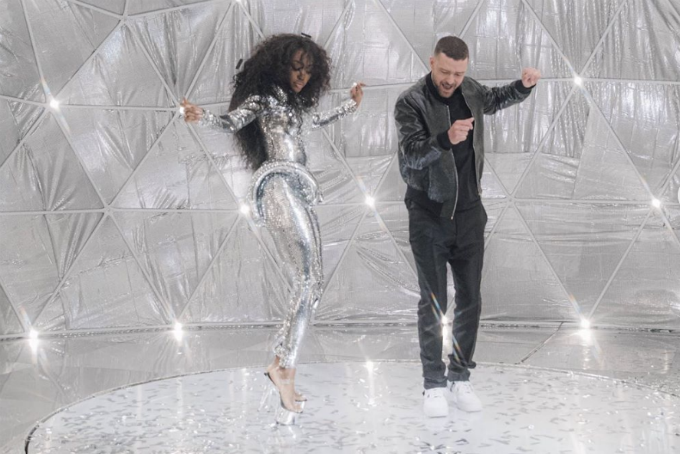 Justin Timberlake and SZA are no strangers to dropping hits for movie soundtracks. SZA was on the massive single “All of the Stars” from Black Panther. Meanwhile, in 2016, you couldn’t go anywhere without hearing Justin’s “Can’t Stop The Feeling” from the first Trolls movie. Trolls World Tour, the sequel to Trolls, is an animated musical comedy. And in this day and age, what’s a musical cartoon without some musical celebrity voices? That’s why SZA and Justin Timberlake dropped this absolute dance jam, “The Other Side,” for the movie.

The song’s oozing with positivity as well as funky beats. “The Other Side” provides the frequently heard message of “the grass ain’t always greener on the other side.” A good message, especially for a family movie. However, it still holds true at all ages. It’s a song of triumph. Those who keep persevering don’t need to worry about other options or what someone else has. The good is already there; they just may need to see it in a new light.

Sonically, SZA and Timberlake’s vocals sound incredible together. SZA has a smooth voice that meshes nicely with Justin’s falsetto over fun instrumentals. With a collection of keyboards, synths and drums, “The Other Side” provides an incredible blend of genres. We get a bit of pop/techno, reminiscent of Timberlake’s work. Meanwhile, SZA’s R&B/soul vibes shine through. Considering the two artists overlap in several musical areas, the collaboration mixed the best of the two. It’s really hard to not dance to this one.

At this point, we wouldn’t be upset if SZA and Justin Timberlake did a whole album together. However, with lots of other musical celebrities having roles in Trolls World Tour, we might see more catchy collaborations in our future. Whether you see Trolls World Tour or not, I’m sure we’ll be hearing a lot of “The Other Side” in 2020. It’s a radio hit for sure, and also a windows-down, music-up song. And if you just can’t get enough, the dynamic duo are serving looks and moves in an accompanying music video. All that’s left to do is cross our fingers real hard for a SZA/Timberlake world tour.