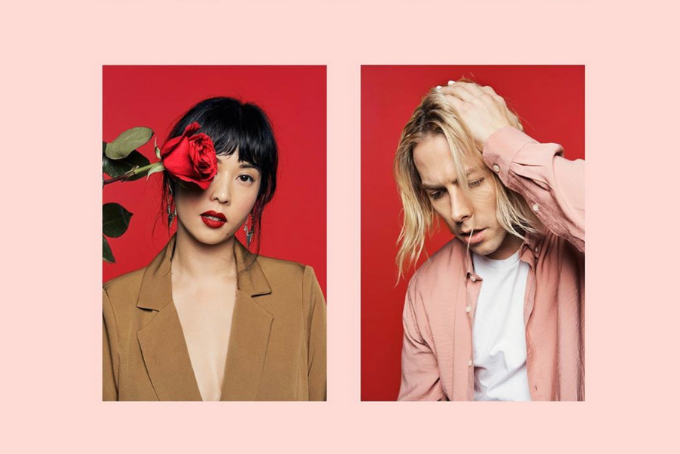 The Naked and Famous, the indie band consisting of Alisa Xayalith and Thom Powers, have released another song off of their upcoming album, Recover. Titled “Come As You Are,” it focuses on love and unity. Recover will be released on May 8, just in time for summer 2020.

“Come As You Are” is the latest single from their fifth studio album, following previously released tracks “Bury Us” and “Sunseeker.” This track heavily features Alisa’s vocals, along with many experimental sounds that work well together. The lyrical content is hopeful and buoyant, leaving anyone who listens a little more confident in themselves and the world around them.

We are releasing a new song tomorrow. And more. Please let us know if you have any questions, concerns, or complaints. 📸: @larsen_sotelo

The song starts with a soft beat and synths and Alisa singing, “Embrace it, you’re somebody’s favorite.” The pre-choruses are full of more optimistic and uplifting lyrics that build up to the sweeping chorus. The chorus is an anthemic declaration of acceptance, telling listeners to “come as you are, just as you are.” Leading into the later choruses, there’s a repetition of the lyric, “So easy to love, so come as you are,” with various vocal effects that make the song more sonically diverse.

It’s clear that the indie duo wants their fans to know that no matter who they are, they are accepted and loved. With the band’s vocal support of LGBTQ+ folks, this track could easily serve as an anthem for the LGBTQ+ community, as well as anyone who feels like an outcast from society.

“Come As You Are” is impossible to listen to without smiling, or feeling a little better about the world. It’s a great choice for a single from The Naked and Famous because it promotes affirmation and harmony for everyone. In 2020, people want to feel hopeful and embraced, and The Naked and Famous captured those valuable feelings into a dazzling track.