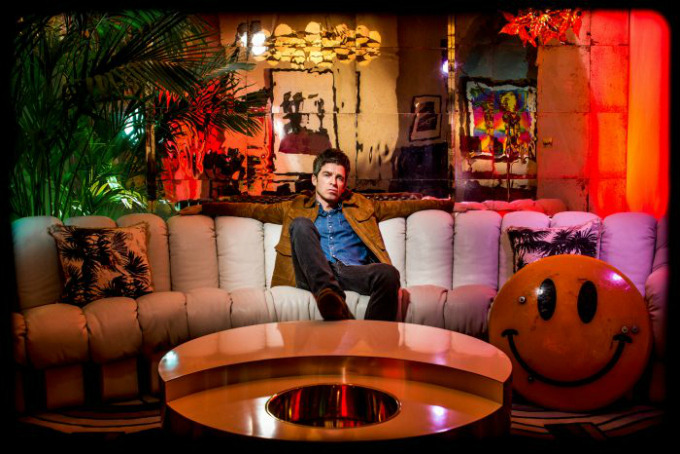 There’s no doubt that Noel Gallagher has dozens, if not hundreds of songs that we have yet to hear. Now, the singer’s giving fans a blast from the past with his new single “Come On Outside.” The track has been released under Gallagher’s project, Noel Gallagher’s High Flying Birds.

The track has its origin back in 2008 during recording sessions for Oasis‘ final album Dig Out Your Soul. Oasis would go on to split in 2009. The break-up didn’t stop Gallagher from working on this song; however, as there is a demo of the track dating back to 2013, the track will be included on Gallagher’s upcoming EP Blue Moon Rising.

When announcing the release of the song, Gallagher tweeted: “So I’m rummaging down the back of the couch and found this fucker!! Maybe the last great Oasis tune? Maybe not.”

So I’m rummaging down the back of the couch and found this f*cker!!
🎧 👉 https://t.co/aWTTckEY3rhttps://t.co/peWPkqkn08

“To the people lost and lonely in the fortress of your mind // Come on outside // To the people taking shelter on the city streets tonight // Come on inside,” Gallagher sings over the ambient and full track. The Oasis connection becomes apparent almost immediately upon listening. Gallagher’s longer delivery on many of the lyrics are reminiscent of his brother and former bandmate Liam Gallagher‘s style, though Noel would probably have a few choice words about that.

Where the track goes beyond Oasis is in the fullness of the arrangement. Backing harmonies and blending instrumentals give the song a bigger, more anthem-like sound, especially when tied to the hopeful tone of the lyrics.

“Come On Outside” is a decent track from Gallagher. While it’s an older song, it feels as though more could have been done to make it a Noel Gallagher song versus an Oasis song, considering the singer’s adamant attitude that he’s done with the group. Overall, the track’s not a standout in Gallagher’s solo career, but it’s enough for fans hungry for more Oasis after more than ten years since their breakup.

Check out the official lyric video for “Come On Outside” below!