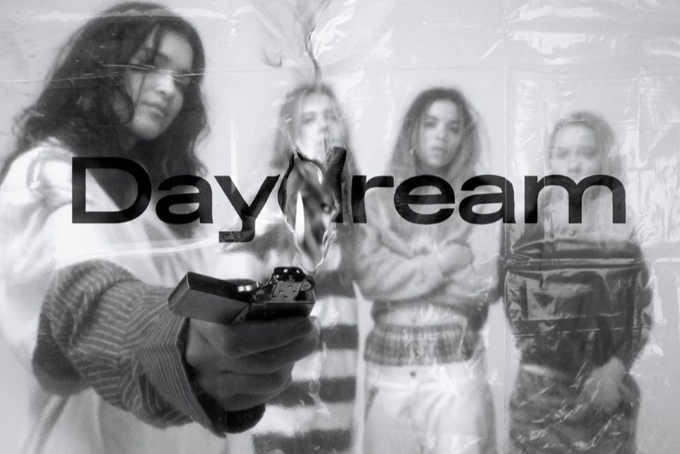 After nearly a two-year hiatus, alternative-rock girl group The Aces have finally re-emerged to release their new imaginative single, “Daydream.” This new track marks a huge stepping stone in the band’s discography, bridging the gap between their established polished alt-rock style and their mysterious new project they anticipate to share with the world this year.

The last time we had heard from the Aces was back in 2018 with their super successful debut album When My Heart Felt Volcanic, in addition to a few singles released later that year. After their major breakthrough, it didn’t take long for the girls to grow exponentially in popularity. They spent 2019 touring all over and connecting with fans through their fun-loving, boppy, relatable music. After taking some crucial time off the tour life, the band has regrouped in the studio for a very special new wave of The Aces.

Their new upbeat, light-hearted single is centered around the nostalgic daydreaming we often experience when we miss our significant other. Perhaps the song pertains to the feelings the band experiences during the touring era of their lives. To be specific, the lyrics reflect a long-distance relationship scenario, and vocalists Cristal Ramirez and Katie Henderson expand on how sacred quality time together can be between two busy individuals. In the obsessively catchy pre-chorus the girls sing, “So just hold on // To the memory of me // Riding in your front seat, every day // And I’ll hold on // To the smell of your sweater // That you wore in December, when we met.”

Throughout this new track, it’s pretty obvious how excited the band is to release their second LP, rumored to drop this year! Bassist McKenna Petty keeps a perfect uplifting rhythm to compliment Katie’s sleek guitar strums. Together, the four girls curate a happy medium with their new electronic influence while maintaining their core rock foundation.

Consider “Daydream” a great sneak peek into what’s to come. The single acts as a seamless transition foreshadowing the quartet’s next move, yet it still “feels like” the 2018 version of the band. In a recent interview with Atwood Magazine, drummer Alisa Ramirez claimed that, “It’s us coming back to our fans, and we were really conscious of giving them that moment of when your favorite band comes back with a song that’s very true to their identity. Because this album is pretty experimental and different from the first one, but this is the song that felt like it rowed the line of could have fit on When My Heart Felt Volcanic but also feels new.” Fellow bandmate (and sister to Alisa) Cristal Ramirez chimed in to share, “It just felt like the perfect track to return with because on this new album as a whole we really explored sonically and really pushed ourselves.”

If you’re as excited as we are for the new installment of The Aces, make sure you enter to win a listening party with the band in YOUR city! You can enter to vote here, plus you can earn more entries by streaming “Daydream” on repeat! We promise we won’t judge you for it!