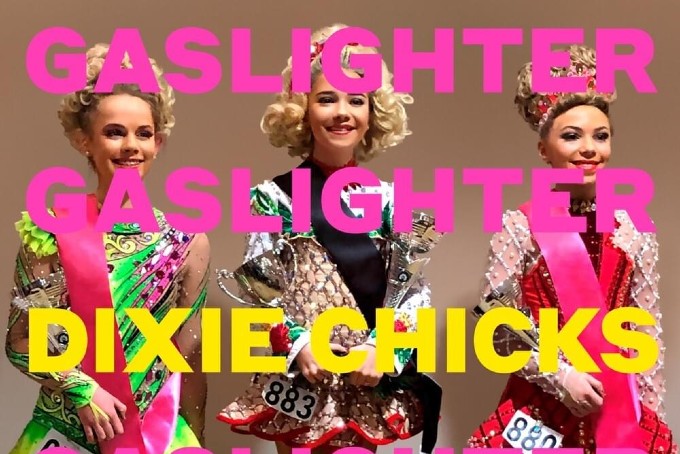 The Dixie Chicks are back with their first song after a 14 year long hiatus, and they are back with a vengeance. The lead single from this era is titled “Gaslighter,” which is also the name of their upcoming album. “Gaslighter” is a strong anthem about people who backstab and lie their way to the top, and the Dixie Chicks are ready to call them out.

After sharing their political views in 2003, the country music genre completely turned their backs on the Dixie Chicks. After gathering their strength back, the ladies of the Dixie Chicks — Natalie Maines, Emily Robison and Martie Maguire — are ready to express their emotions through their music. It’s perfect timing because in 2020 it’s more common than ever for genres to blend together, and listeners are more open to all types of music.

“Gaslighter” is a traditional country song with a pop twist, which appeals to a wider audience than the Dixie Chicks have ever been able to reach before. The powerhouse female trio doesn’t hold anything back in this song, targeting those who used them to succeed and tried to make them feel crazy in the process. It’s a brutally honest track, with lyrics calling out this person for “doin’ anything to get your ass farther,” and “repeating all of the mistakes of your father.” Sonically, it’s pretty simple with an upbeat tempo and a traditional country sound. The most memorable part of the song is definitely the bridge, where soft vocals lead into a crescendo, making the final chorus triumphant and strong.

Along with the track, the Dixie Chicks also released a music video for “Gaslighter.” It starts out with various vintage imagery of children and toys, that suddenly turns into frantic and aggressive imagery of planes crashing and carousels breaking. The Dixie Chicks themselves are then introduced and as the video goes on, the ladies are featured along with a plethora of eye-catching videos which feature themes like the military and classic TV shows. It’s a very visual music video, almost overwhelmingly soon. There’s tons of symbolism throughout and each one of the Dixie Chicks looks strong and confident.

Now that we’ve heard “Gaslighter,” it’s clear that we’re not getting any apologies from the Dixie Chicks. The country genre might have been waiting for it, but these self-assured women have nothing to be sorry for. They decided that their first song after over a decade was about standing up for yourself against bullies and those who take advantage of you, which shows their resilience. With such a strong lead single, we can’t wait to see what comes next from this new era of The Dixie Chicks.