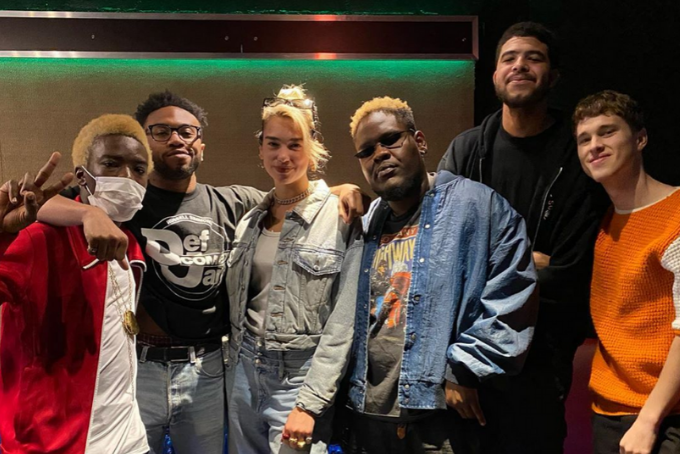 Brockhampton redefines what it means to be a boy band. Established in 2010, they have crafted six albums, most recently Ginger, which was released last summer. Their songs are cutting-edge and push limits beyond traditional rap, cultivating a style that is completely their own. Vocals touch on many different aspects of character, society and the idea of love — bounced off of 90s-inspired beats.

“Sugar” is the groovy hypnotic track featured on Ginger. This past weekend, they shared a new version of the track, and they got by with a little help from their friends 90s R&B singer Jon B. and UK standout Dua Lipa.

The song has a dreamy, smooth start, with the lead singer calling the one he loves to join him. Dua first enters after the first snippet of the chorus, channeling the original with the line, “I move mountains on my own // Don’t need nobody’s help.” Her soulful vocals come into play, as she proceeds to put her own spin on the dialogue.

Dua incorporates acts of identity, self-love and recognizing when he’s not being treated right. In the chorus, Dua echoes the many voices of Brock, who ponders on real love and acts the question, “Do you love me?”

The collaboration features both sets of voices in unison. They have their solos, but they also work together to highlight each of their voices. Dua’s feminine essence and attitude alongside the grunge and flair of Brock and Jon B works perfectly well.

In the music video, Matt Champion is perched in a basketball hoop. Without a care in the world, he remains there for the entirety of the track, looking around from that height. Meanwhile, time is going by as sunset hits. The viewer is left to interpret that Matt will stay there until his lover appears.

Dua is busy prepping the release of her sophomore album Future Nostalgia, set to drop April 3. Meanwhile, Brock is getting ready for tour in Europe this summer to promote Ginger, as well as their past jams.

God bless that they collaborated because the song has a whole new feel! Check out the video here to catch a glimpse of the “Sugar” revamp.