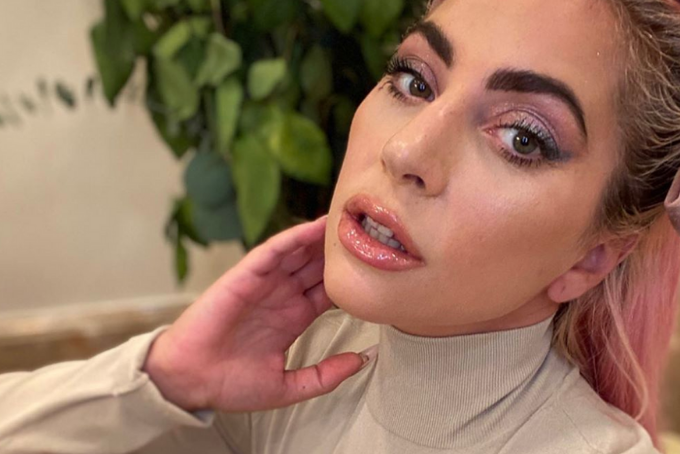 In case you live under a rock, Lady Gaga made her massive return to pop music last week, and fans are freaking out. As we all collectively regain sanity after her comeback single, “Stupid Love,” dropped last Friday, speculation about Chromatica is full steam ahead, so here’s everything we know so far.

When is Chromatica coming out?

LG6 has been hotly anticipated since Gaga tweeted almost a year ago dismissing pregnancy rumors, confirming her sixth studio album and marking the longest pregnancy man has ever seen. Another record broken by Mother Monster!

Gaga officially announced the record in a tweet with a release date set for April 10.

This is not the album cover but we made it for you to enjoy in the meantime 😘 pic.twitter.com/dz2KWt1MzN

What is Gaga’s inspiration for Chromatica?

With the announcement that the album is called Chromatica, fans have their own theories as to what the album could be about. Fans have been pointing to the word “chromatic” having two definitions: the chromatic music scale and the color. Fans believe that Gaga’s recent tattoo of a music scale could be in reference to the musical definition.

As for the chromatic colors, in a video with YouTuber NikkieTutorials, Gaga noted that LG6 would be as colorful as her Haus Laboratories makeup line, stating, “Haus Laboratories is a very colorful place and so is my music.” Further evidence of this theory is the highly colorized music video for “Stupid Love,” with the warring tribes each wearing different colored costumes.

Speaking to Zane Lowe, Gaga said the record is “about healing and it’s about bravery as well and it’s really like, when we talk about love I think it’s so important to include the fact that it requires a ton of bravery to love someone.”

How many tracks will the album have?

CHROMATICA might be a visual album and feature 12 tracks and each represents a color from the chromatic color scale… i fear for the gals pic.twitter.com/LtKQwIaAj9

However, with the Gaga’s official announcement, the album will officially contain 16 tracks on the standard edition!

What songs are on the tracklist?

During an interview on "Loose Women", Tulisa confirmed that she has written song(s) for Lady Gaga on #Chromatica! pic.twitter.com/uJNN7zTXP8

Just a rumor but, Ariana Grande has liked every single post of Lady Gaga’s related to the #Chromatica era could their be a song featuring the two power houses.? pic.twitter.com/j3w4SRz75w

Would you be interested in seeing a collaboration between the two divas?

Is Lady Gaga going on tour?

Days after the release of “Stupid Love” and hot off the heels of the announcement of Chromatica, Gaga announced The Chromatica Ball, a six-date stadium tour to support the record. Gaga will hit Europe first, setting dates in Paris and the U.K. on July 24 and July 30 respectively, before setting her sights on the U.S. and Canada in August.

While no details about who will support Gaga on tour have been released, general tickets are set to go on sale from March 13 for Paris, London and Toronto, and March 16 for the dates in Boston, Chicago and E. Rutherford via LiveNation.com.

LG6 marks the first music from Gaga since the release of her hugely successful A Star Is Born Soundtrack and the number one single “Shallow.” It also follows her last official Gaga release, Joanne, which saw the singer take on a more muted country-pop sound in honor of her late aunt. Knowing Gaga, whatever LG6 is called, we are sure that it’ll be out of this world.

What are your theories about LG6? Let us know in the comments!