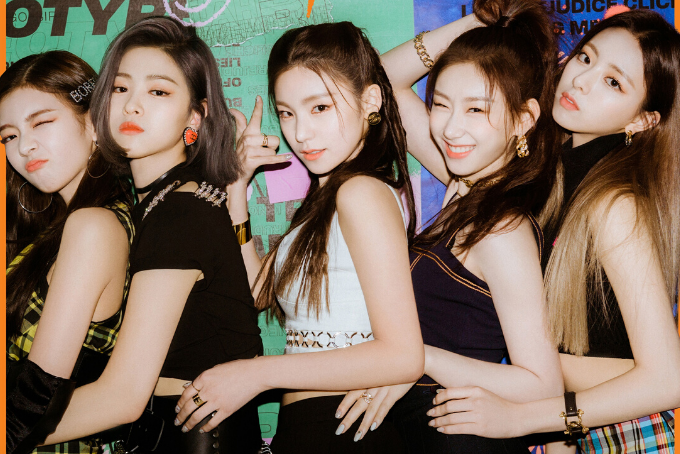 As K-pop’s popularity continues to reach new heights worldwide, girl group ITZY is leading its expansion among their peers. The release of their second mini album, IT’z Me, has the group establishing their unique, experimental sound with the continued success that they’ve enjoyed since their debut. The mini album contains seven high-octane tracks, all varying with experimental genre influences of dance-pop, rock, EDM and more, while maintaining a great sense of sonic cohesion. Members Yeji, Lia, Ryujin, Chaeryeong and Yuna bring their unique talents together, shaping this stellar body of work.

IT’z ME opens on a high note with its title track, “Wannabe.” The song is overt with its message of self-acceptance, as the members sing, “I don’t wanna be somebody // Just wanna be me, be me,” in the powerful chorus. This continues similar themes as explored in their previous releases, “Dalla Dalla” and “Icy.” The group’s dedication to consistently send such empowering messages through their music is admirable.

Accompanied by a strong rap-breakdown with members Ryujin and Chaeryeong, a stunning music video that, as of the writing of this article, has surpassed 40 million views in just three days and demonstrates the groups immense talent with some pretty mind-blowing choreography — what more could one want from a release?

And of course, the choreography is coupled with a TikTok challenge, a staple for almost every new pop music release in 2020. But for ITZY, the challenge is well deserved, due to their talent and great focus on choreography in their videos and performances.

Join #WANNABEITZY challenge and get ITZY signed CD!! 💿📀
I WANNA BE ME ME ME!
MIDZY, MIDZY?!https://t.co/nO9R3yrGAZ

A collaboration with EDM artist Oliver Heldens follows with “Ting Ting Ting.” The track includes elements of dance-pop and house music with a simple melody, as it cheerfully describes the limitless potential of a fun day. Standout track “Nobody Like You” reminisces 2000s punk rock in its sound, innocently describing the feeling of falling in love. The song allows for the girls’ vocals to shine while adding heart to the mini-album. IT’z ME culminates with “24HRs,” featuring production from SOPHIE, who can be thanked for the strong experimental, PC influences on the track. The track contrasts with powerful verses and choruses and an anthemic chorus, while also containing a bubblegum-pop pre-chorus, adding ITZY’s own unique twist onto the song.

IT’z ME demonstrates the group’s range and artistic identity as a whole. Their sound can range from synth-pop, hip-hop and punk-rock in a subversive manner that remains unique to ITZY. Their lyrics can vary from profound messages of self-love, or can simply be about having a good time. Both of these seem authentic and true to the group. ITZY is still in an incredibly early stage of their career, but it is safe to say that this mini-album illustrates exactly what makes them who they are through their messages and style.