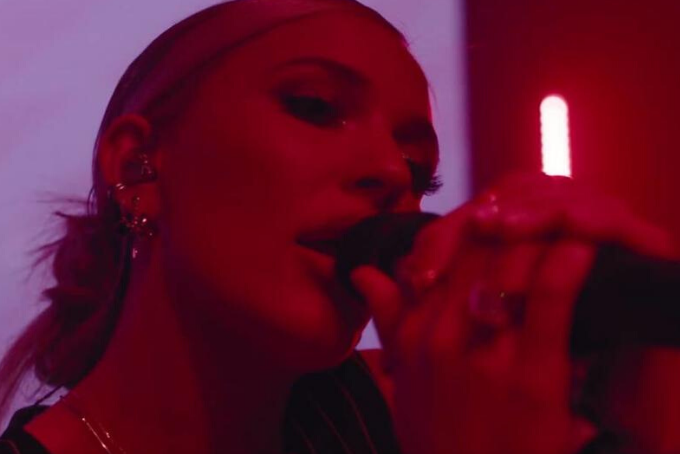 Nashville-based singer-songwriter and actress Lennon Stella unveiled a new single called “Jealous,” and a music video along with it — giving us another taste of her debut album, Three. Two. One., dropping April 24.

This follows Stella’s first solo EP as a pop recording artist, Love, me, which released in 2018 and featured lead single “Bad.”

“Jealous —” co-written with Finneas O’Connell, Justin Gammella, Ruslan Odnoralov, Emily Weisband and Erin McCarley, is a subtle message to an ex. Stella sings, “It’s not a game that you are losing // When I’m with someone else and I’m not missing us // If I can live without you, sue me // Somebody told me that you think I’m tryna make you.” Produced by Joel Little, the track is a buoyant, bittersweet ode expressing that the “Bad” singer is ready to move on.

Stella said in a statement, “Another song closer to the whole album being out!!! So so stoked you guys can now hear ‘Jealous.’ This song is a fun one and this video is one of my favorites so far. I hope you love it like I do.”

The singer-songwriter is one of the many hunkered down during the coronavirus outbreak, and in the midst of her social distancing activities, she shared a stripped-down, bedroom cover of her latest single.

“JEALOUS” day 4 in the house, set back up my mellotron and attempted to play with my long nails that I got for Juno awards before I found out they were canceled and now I’m stuck with them and I can’t play guitar and piano is also a struggle but obviously not going to nail salon to get them taken off and biting them was a major fail, So here I am very poorly playing some chords on my mellotron to my song that came out a couple days ago : )

Stella rose to fame with her sister Maisy when she was just 12 years old after gaining popularity with their cover of Robyn’s “Call Your Girlfriend.” The sisters went on to star in the ABC/CMT drama Nashville.

Preorder Three. Two. One., and get your tickets to see Lennon live here.