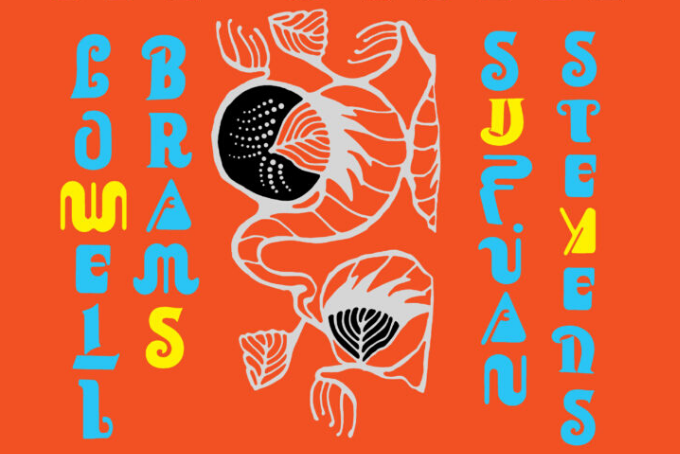 Detroit native Sufjan Stevens is notorious for his indie-folk and electronica style. An artist not too keen on the spotlight, Stevens has been gracing us since 2003 and has released a total of seven studio albums.

“Climb That Mountain,” released last week, serves as a teaser for the completion of his latest record. Dubbed Aporia, the record — set to drop later this month — Stevens collaborated with fellow musician and stepfather Lowell Brams. the record is composed of the two’s jam sessions recorded over the period of several years in Stevens’ New York home. Some other singles that are to be included on the album are “The Unlimited” and “The Runaround.”

I made a new age record with my step dad Lowell. We’re releasing it next month. Teaser trailer is here featuring the first single “The Unlimited.” I designed the album art too. pre-order here: https://store.asthmatickitty.com/products/sufjan-stevens-lowell-brams-aporia more info to come!

A tangent from Stevens’ past work, the single is all instrumental and leaves the listener feeling calm and collected. It is the perfect lo-fi track for cruising down the highway or making breakfast in the morning. There is a whimsical start with sonic sounds that build up, creating a feeling of a utopia. Then, around the two-minute mark, soft echoes and quiet chants begin. Once you hit the end, the sounds come to a decline, and we’re taken away from the trace Stevens and Brams placed us in.

The title of the easygoing tune calls attention to our wellbeing and our potential, and we’re excited to hear the theme and tone for the rest of the album. “You know how it is with jamming,” Stevens said of the Aporia sessions, “Ninety percent of it is absolutely horrible, but if you’re just lucky enough, 10 percent is magic. I just kept pulling out these little magical moments.” Spoken like a true musician!

Check out the track here for the “Climb”