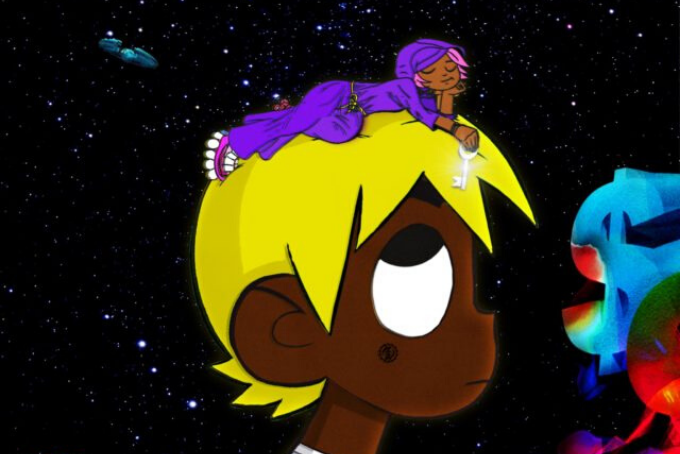 Lil Uzi Vert dropped a surprise deluxe album for the fans last Friday. After releasing Eternal Atake the week before, fans were not anticipating a new album anytime soon. However, the following week, unexpectedly, Side A of the album was released. The album features Chief Keef, Future, 21 Savage, Gunna, Young Thug, Lil Durk, Young Nudy, and Nav.

Luv Vs The World 2 out now deluxe .

With this album, Uzi emphasizes new beats, icy raps and strong collars. The concept of Eternal Atake is loosely held around spaceships, aliens and the general outer space. While having beats and lyrics relate to the theme of the unknown and space, Uzi sticks to the endless stacks of money, luxury, girls and the heartache associated with it all.

The album starts off with “Myron,” which features Lil Uzi and Matty Ox and was produced by Supah Mario. Fans first heard the track on September 2018 on Uzi’s live stream and was later previewed in November 2018 on another Instagram live.

You guys Yes ALL OF YOU NAMED MYRON !!🛸 thank you 😊

With tracks such as “Strawberry Peels,” featuring Gunna and Young Thug, Uzi brings astronomical vibes. Hidden undertones are present in the song, such as the repetition of the phrase “Strawberry peels,” which turns into strawberry pills, a type of drug. The song ends short, just as effects of the drug.

After a 3-year hiatus, Lil Uzi comes back with fresh rhymes and fresh beats. Fans are satisfied, and so are we.

Mannnnnnn I Love Y’all So Much … Thank you For All The Support and Thanks For Loving My Music🥺🔥.

Listen to Lil Uzi Vert’s newest album, Eternal Atake-LUV vs. The World 2 and let us know what your favorite song is down below in the comments!