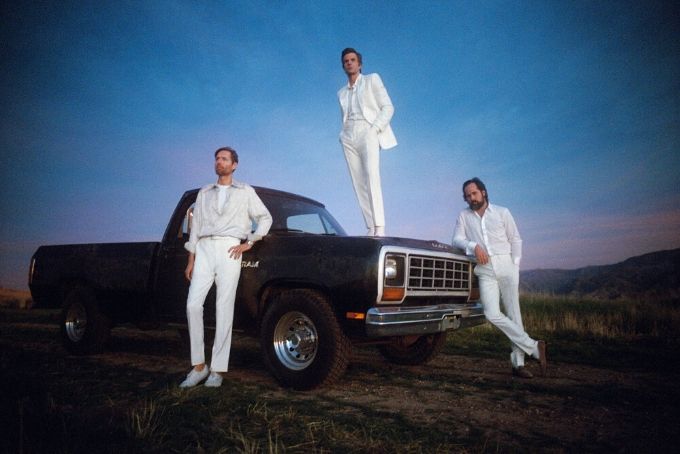 On March 20, The Killers released a new music video for their latest single, “Caution,” off their upcoming sixth studio album, Imploding The Mirage. The music video was directed by Sing J. Lee, who has also worked with Halsey and Muse, and it will be part of a short film that will be released on Apple Music later this year.

“Caution” introduces the audience to a variety of characters and settings. The two main characters are a couple of teenagers who resemble lead singer Brandon Flowers and his wife, Tana. Even though we still have to wait for the short film to come out in order to understand the “Caution” video, in it we can see dysfunctional families, a broken arm, a high school dance and a film set. Of course, we can also get some glimpses of the band playing on stage, including Mark Stroemer, who quit touring with the band in 2016 because he wanted to “make a solo album and ‘pursue other educational goals.’”

About the song, Flowers said in an interview with Apple Music that “Caution” is “sort of about having the wherewithal to listen to that angel on your shoulder, even if they’re telling you something that you don’t want to hear. And I think for me, this song was a lot about leaving Las Vegas. I was having this sort of hunch or impression that that was something that I was supposed to do for my family. And it was hard for me.”

Imploding The Mirage is set to release on May 29, and though there is not an official tracklist yet, The Killers teased some song titles back in December on social media:

We are very excited for The Killers’ new album and we know it’s gonna be as amazing as everything they have done in the past.