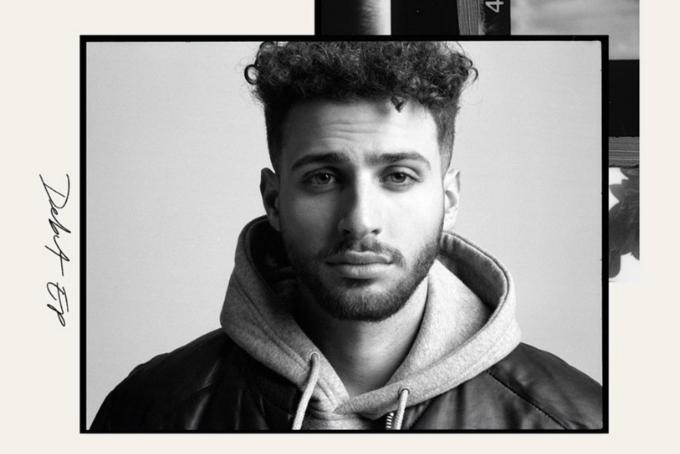 Up-and-coming artist Christian Paul has released his first project, a self-titled EP filled with stunning vocals, strong beats and plenty of personality. Christian is a singer-songwriter from Jacksonville, Florida, with vocal abilities that will stop listeners in their tracks. The EP contains six songs, including his newest single, “Bad Manners,” as well as a track with a viral TikTok dance to go with it.

Debut projects aim to introduce an artist to their fans, and Christian’s self-titled EP does this well. It starts with “Chapter,” a heartfelt tune that begins as a ballad before transitioning into a moody trap beat. Christian is clearly singing to someone he loves deeply, using the metaphor of a book chapter you want to read over and over again. The song ends with an earnest revelation that, “This page is where I should stay”.

“Chapter” introduced us to Christian’s romantic side while the next track, “Maria,” introduces us to his sexy side. It also shows off some beautiful falsetto vocals. “Maria” is an upbeat Latin-inspired track, full of smooth-talking lyrics devoted to a girl named Maria, who he’d rather call his “little Spanish Harlem.” It’s a feel-good, fun and sensual track that shows us another dimension of Christian as an artist.

In “Dead Beat,” Christian exudes a confident and confrontational attitude. This track is reminiscent of Justin Bieber’s sound, with a heavy trap beat and lyrics that will make the ladies swoon. Christian’s bluntness continues in the next track, “Bad Manners,” which has the most unique beat and production on the whole EP. The use of vocoder exaggerates the emotions of his words when he tells a girl who is leading him on, “You got some bad manners // Don’t tell me that you love me with your mouth full of lies.”

The last track on Christian’s debut EP is titled “Nothing Less.” This song resolves the relationship problems mentioned in the previous tracks, proclaiming that love is enough. With dreamy vocals, as always, Christian sings “Don’t need more than your love // ‘Cause you’re more than enough.” “Nothing Less” is a relaxing, enjoyable finish to a great first project.

In Christian Paul, a self-titled debut EP, listeners get to learn about every aspect of Christian’s personality and love life. His velvety vocals alone are enough to make listeners come back for more. After becoming familiar with Christian’s confident, romantic and sexy sides, it’s safe to say we can’t wait to see what he does next.