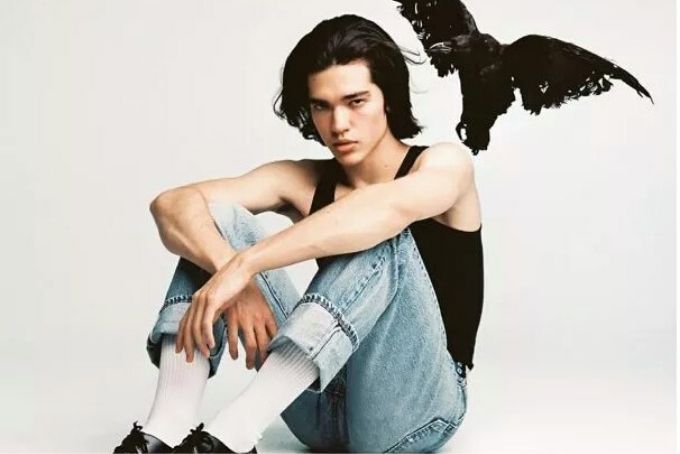 Singer-songwriter to watch, Conan Gray, has released his first full-length album, titled Kid Krow. Conan’s debut album showcases his perspective on love, life and being a member of the Gen-Z generation. Kid Krow tells multiple engaging tales, highlighting the 21-year-old’s storytelling abilities. The 12-track album is a successful debut, because it perfectly introduces us to Conan’s personality.

The first song on Kid Krow is titled “Comfort Crowd,” which eases us into the album. It’s Conan’s explanation of the feeling of yearning for human connection. His vocals are soft, accompanied by a simple strumming guitar. The next song, “Wish You Were Sober,” picks up the pace and introduces us to Conan’s commendable honesty (at least in his songwriting). “Wish You Were Sober” is an upbeat confessional about bad habits and teenage confusion. Conan writes about a love interest who parties too hard for comfort. The lyrics “Save me ’til the party is over // Kiss me in the seat of your Rover // Real sweet, but I wish you were sober” tell us that this relationship is far from perfect.

“Wish You Were Sober” is the introduction to the rocky relationships Conan has experienced, which is continued in the next track, “Maniac.” This track was released before Kid Krow as a single, and rightfully so. The beat is infectious, the lyrics are clever and the whole track feels right out of a coming-of-age movie soundtrack. True to its title, “Maniac” is about a lover who tells his friends that he only dated Conan as a joke, but calls him that same night to tell him he wants him back.

The first out of two interludes is “(Online Love),” which is a 30-second ode to long distance and dating through a screen. It adds substance to the album by giving listeners more insight into how Conan’s generation experiences love. The next track, “Checkmate,” could easily be about the same person in “Maniac,” but this time Conan is up for the challenge. “Checkmate” is cheeky and confident, with vindicating lyrics like “Set fire to your lawn // Just like you did to my heart.”

Things get serious in the next track, “The Cut That Always Bleeds,” which is more of a ballad than we’ve heard so far. There’s a steady beat, but the focus is on his raw, emotional lyrics. He seems to end this toxic relationship, singing, “Oh, I can’t be your lover on a leash // Every other week, when you please.” The follow-up track, “Fight or Flight,” chronicles the aftermath of his decision to end this relationship. There’s a bit of anger, regret and vulnerability mixed into this track. “Flight or Fight” stands out as the most rock-influenced track on Kid Krow.

“Affluenza” takes a break from the broken love story, bringing us Conan’s commentary on the rich kids he’s no doubt come into contact with. It’s his most clever wordplay on Kid Krow, commenting on the kids of rich parents and calling their “affluence” a disease. It’s a track that everyone can relate to, and serves as a fun break before the last section of the album.

The second interlude on Kid Krow is a one-minute track on friendship and loyalty, titled “(Can We Be Friends?).” Directly after is the most heart-breaking track on the album, “Heather.” It’s a defenseless ballad with specific details that tell a story of jealousy and unrequited love. It’s reminiscent of “Teardrops on my Guitar” by Conan’s biggest musical inspiration, Taylor Swift. Conan’s vocals switch between soft and desperate tones, accompanied by a gently strummed guitar. He sings about wanting to be Heather, because she’s the apple of his crush’s eye.

The last two tracks on Kid Krow close out the album in a universal way, switching from Conan’s relationship troubles to more universal topics of nostalgia and navigating life. “Little League” is an extremely relevant track, wishing for the days of being young and not having so many worries. The upbeat production is freeing, exciting and also sounds like it’s straight out of a coming-of-age movie. It’s the kind of song that makes you want to roll down the windows in your car and forget your current problems. The last track, “The Story,” takes us down to a more serious mood. It touches on teen suicide, homophobia and family issues. In the chorus, Conan opens up by belting the lyrics, “Oh, and I’m afraid that’s just the way the world works // It ain’t funny, it ain’t pretty, it ain’t sweet,” but finishes with “Just wait and see // It’s not the end of the story.” It’s a song about hardship that ends in hope. “The Story” is an extremely strong finish to a debut album from such a young artist, because it ends on such an inspiring, powerful note.

It’s commendable how honest Kid Krow is for a debut album, making it clear that Conan Gray’s not afraid to wear his heart on his sleeve for the world to see. The album shows us many sides of Conan: weak, strong and hopeful. Kid Krow solidifies Conan as a voice for his generation and a newcomer to watch. We can’t wait to see where his career will go.