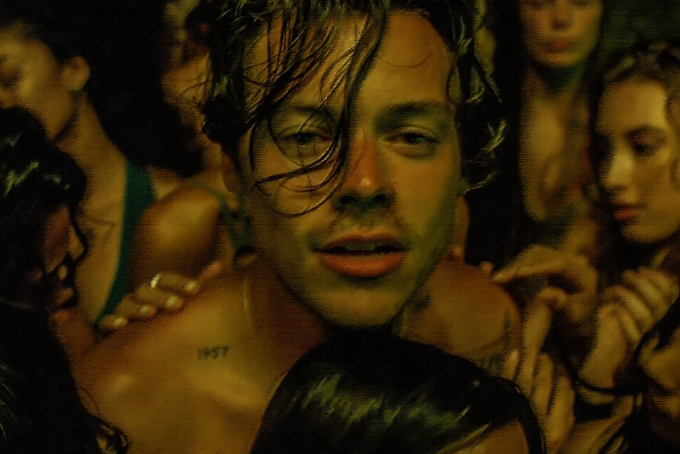 Harry Styles is looking at the positive aspects of the worldwide COVID-19 “quarantine.”

In a new interview with Apple Music’s Zane Lowe, the “Adore You” singer revealed his new routine in the wake of the quarantine. The coronavirus outbreak forced him to reschedule the European dates of his Love On Tour in support of his album, Fine Line. He revealed the news on his Twitter page and encouraged his fans and followers to self-isolate. He also affirmed that “we’re all in this together.”

For obvious reasons, the upcoming tour in the UK and Europe will be rescheduled to 2021. Tickets already purchased will be valid for these shows. In the meantime, we will be closely monitoring the situation around the world and will continue updating you in the months to come.

In the interview, Styles revealed his disappointment about having to reschedule his shows. “Well, it’s kind of one of those things where it’s obviously disappointing, you get ready to play shows, but ultimately it’s not the most important thing. And also, it’s not like we’re being singled out. It’s kind of across the board. Everyone’s shut down so it doesn’t feel so ‘woe is me, why is this happening to me’ type thing.”

The 26-year-old “Watermelon Sugar” crooner also focused on what positive aspects he believes will come from the quarantine, especially from the music industry standpoint.

“I think a lot of powerful music is going to come from that because ultimately you have people who have a need to express themselves through music and writing and film and so many different ways who are now having a lot of extra time with no distractions to sit down and think and stay in their own head and think about everything they have to think about,” Styles said. “I hope that it comes out in terms of the music, I think we’ll probably get a lot of honesty, which is amazing. Because also I just think people just want honesty right now, especially in times like this.”

Recently, Stevie Nicks revealed how Styles’ album, Fine Line, inspired her to start writing poetry while she is in quarantine. She also likened Fine Line to her 1977 album, Rumors, which is one of the best-selling albums of all time.

It’s wonderful to see other musicians being inspired by each other in these trying times. One of the most positive things about this outbreak is the creativity that it will inspire amongst our favorite musicians!