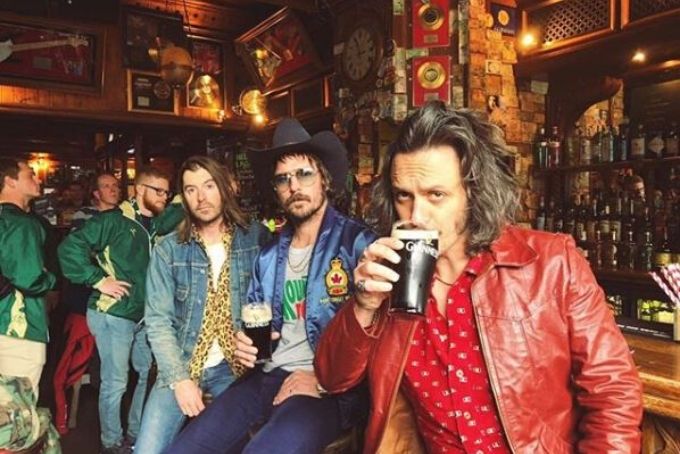 There’s a lot to be said for a documentary when one of the least crazy parts about it is a country music video about tigers, but the latest quarantine sensation, Tiger King, is wild in more ways than one.

For those of you who haven’t fallen down the Tiger King hole — to make a very, very long story short, it’s the newest Netflix documentary series that centers on a big cat owner named Joe Exotic and the wild, wild world that surrounds him, as well as the other big cat and exotic animal owners in his network. There isn’t enough room in this article to cover it all, and honestly, it’s an experience that is best had if you go into the documentary completely unaware.

But one of the (many) things to come from this series is the music career and bizarre music videos of Joe Exotic.

First and foremost, it’s important to note that this song isn’t even Joe Exotic; technically, it’s him lip-syncing to music written by Washington state musicians Vince Johnson and Danny Clinton. (But, of course, Exotic lying about something isn’t exactly surprising to anyone who has watched the Tiger King series.)

Still, it’s a catchy song (probably because it was actually written and performed by real musicians), and given the current state of everything, the fact that “Tiger King” has become one of the biggest moments to come out of the quarantine zeitgeist (besides maybe Animal Crossing: New Horizons) means it was only a matter of time before other artists covered Joe Exotic’s music.

While Jared Leto was busy hosting a watch party, country-rock outfit Midland got busy covering one of the more popular Joe Exotic tracks, “I Saw a Tiger.”

There’s something exceptionally charming about the entire package, even for non-country fans. The song is incredibly cheesy, and the fact that Midland had to record it all remotely is highlighted by the fact that the entire video is just nine circles of faces over a floral background. But the low production quality is part of the charm and, no doubt, this will be something that’s included in many “Quarantine Look Back” articles when all of this is over.

As far as critiques go, there isn’t much to say about this. No, the song isn’t really good, but it’s not supposed to be. It’s just a band having some fun, hoping to bring joy to people in dark times, and that’s all we can ask from artists right now.

While a country band covering this song is more than expected, hopefully more artists will get on this Joe Exotic song train. After all, who wouldn’t want to hear someone like Billie Eilish or Green Day put a spin on some kooky Joe Exotic tunes?

Even if every artist in the world covered this song, it still wouldn’t be the craziest thing to have come out of the Tiger King saga.