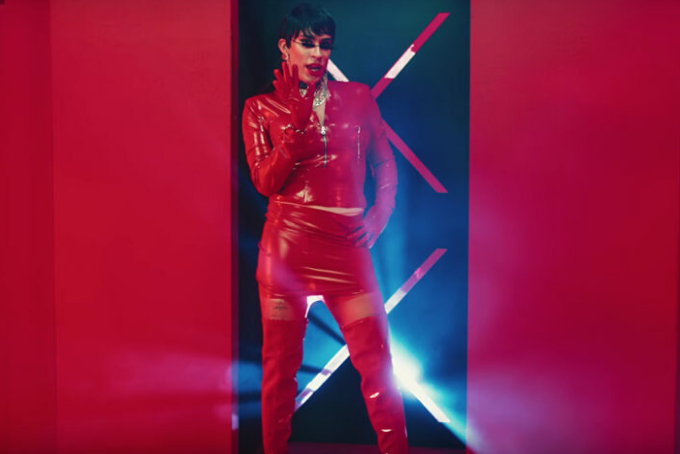 Bad Bunny has a simple message for men at parties and nightclubs: let the ladies twerk in peace. Turning the tables on the machismo that has run rampant within reggaeton and Latin trap music, Benito Ocasio dressed in drag and placed the spotlight on consent and empowerment in the “Yo Perreo Sola” music video.

Directed by Stillz and Benito himself, “Yo Perreo Sola,” which roughly translates to “I Twerk Alone,” is a Latin anthem that promotes inclusivity, women’s rights and the importance of consent. The fact that a male Latin superstar directly addressed the LGBTQ+ community in a music video is groundbreaking in its own right, especially since many Latinx cultures are rooted in conservative beliefs and practices.

There are multiple outfit changes throughout the vibrant video and three of them involve Bunny dressed in drag. The discourse has taken social media by storm, with many fans rushing to Benito’s defense and pointing out the hypocrisies of machismo. In one amusing scene, the rapper is filmed dancing with himself, which corresponds with the song’s title since he’s still, for all intents and purposes, twerking alone.

“Yo Perreo Sola” ends with a PSA that sums up its message in one straightforward sentence: “If she doesn’t want to dance with you, respect her, she twerks (or dances) alone.” Fellow reggaeton star J Balvin praised Bad Bunny’s boldness in an interview with ET, stating, “It impressed me in a great way. I’m happy because we need diversity. We need to open our minds and level up our conscious. And, respect and be tolerant about sexuality.”

Bad Bunny has utilized his platform to protest the corruption within Puerto Rico’s government while also standing up for LGBTQ+ rights. During a recent appearance on The Tonight Show Starring Jimmy Fallon, the musician donned a skirt, along with a t-shirt that read: “Mataron a Alexa, no a un hombre con falda” (“They killed Alexa, not a man in a skirt”). This was done to highlight the murder of a homeless, transgender Puerto Rican woman named Alexa Luciano, an act that Governor Wanda Vázquez claimed would be investigated as a hate crime.