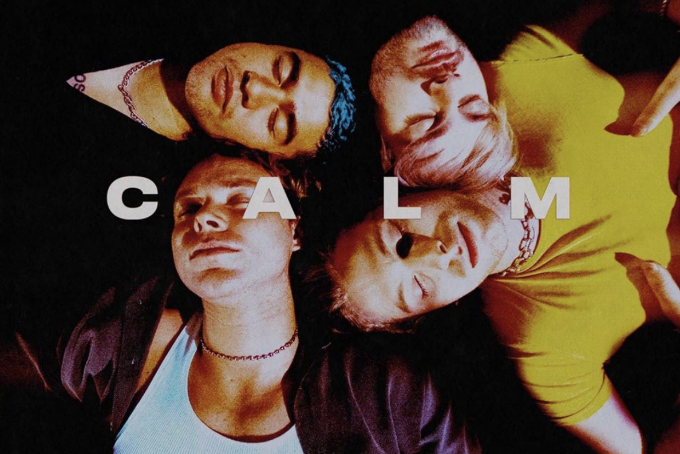 5 Seconds of Summer went from singing in a living room on YouTube to opening for One Direction in what seemed like seconds. As they spent their late teens and early 20s in the spotlight, all of that has finally culminated into the realease of Calm, the band’s fourth album and the perfect coming-of-age story. The album title is an acronym for the band members’s names — Calum, Ashton, Luke and Michael — and it tells each of their stories. From relationships to handling fame and everything in between, this is their most mature release to date.

With 5SOS’s previous album, Youngblood, the Australian band saw a shift from younger, pop-punk inspired teens to a more mature and indie-pop group. Now, in Calm, they have seemed to find the perfect blend of blend of pop, rock and indie influences spanning multiple decades.

Sonically, the album can be split into two halves. The first half has a heavier, industrial rock feel, while the second half of the album has a softer pop-rock vibe. Tracks like “No Shame” and “Easier” stand out as heavy hitters that will get listeners going in a club. On the other end, “Lover of Mine” and the excellent closer “High” are softer and more emotionally charged.

Lyrically, CALM, touches on many themes. “Thin White Lies,” which focuses on a toxic relationship, is powerful. “No Shame” speaks to today’s cultural obsession with fame. But there are also some lighter lovey songs such as “Wildflower” and “Best Years.”

Through the many topics, 5 Seconds of Summer is able to bare their thoughts and show us how they’ve grown. Although the song may seem corny, “Old Me” is a song that sums up the album nicely. Through this song, the band recognizes their past mistakes and know how they want to move on.

Despite the fact that the album slows almost too much in the latter half, the singles, as well as the opener and closer, are so strong and more than makeup for that. And even with the occasional overpowering gang vocal, 5SOS has really created something that is uniquely theirs with this album. After years of honing in on their sound, this is peak 2020 pop-rock.

We are so grateful for good music like this during these trying times. Hopefully, when the world begins to settle we can get back out there with Calum, Ashton, Michael and Luke on tour. You’ll find us dancing to “Teeth” and “Wildflower” in the audience.