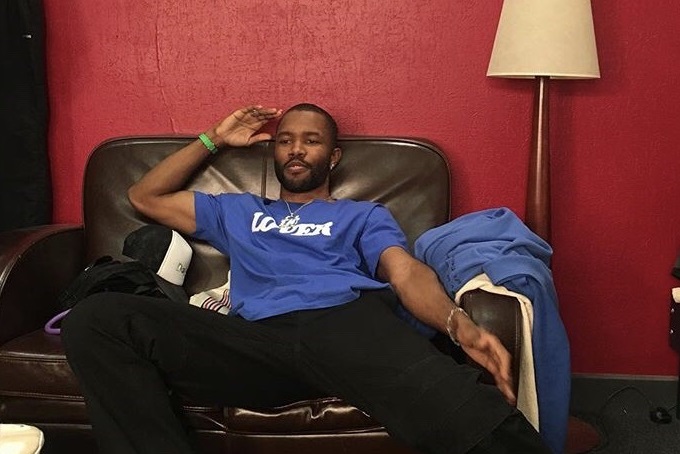 As an artist, Frank Ocean rarely follows the system so many of his peers do. Many of his fellow R&B heavyweights are his opposites in terms of release strategy, approach or lyricism. Keeping in line with that reputation of uniqueness, Ocean’s latest releases come billed as “acoustic” versions of themselves, with no indication of whether their true form will ever be released or even exists, for that matter.

The tracks, which dropped digitally last week after being available for pre-order on vinyl since October, see Ocean settling back into familiar territory after the trappier, beat-heavy sounds of last year’s “DHL” and “In My Room.” The first of the two, “Cayendo,” is extremely raw and stripped back, with Ocean’s vocals floating above the barely-there twang of an electric guitar. Throughout the track, Ocean sings in both Spanish and English, offering little excitement in the way of lyrics. “Cayendo” doesn’t stray too far from the sound that produced 2016’s Blonde, and could very easily have fit pretty much anywhere amongst that record’s tracklist.

The second of the two, “Dear April,” is more of an interesting listen. Here, Ocean is backed by a heavier instrumental, incorporating that same sparse jazz guitar, bolstered by touches of keyboard and light waves of synth. Lyrically, “Dear April” is stronger overall, as Ocean sings about how his love has changed him. “Like you took these strangers // And our two strange lives // And made us new,” he croons.

Although we may not know if this is the final form Ocean’s latest tracks, perhaps the arrival of the acoustic versions of “Cayendo” and “Dear April” couldn’t be better timed. As the world practices self-isolation, the two tracks make a gorgeous pair, soft and subtle in their approaches, providing perfect soundtracks for being alone in your bedroom with nothing to do.