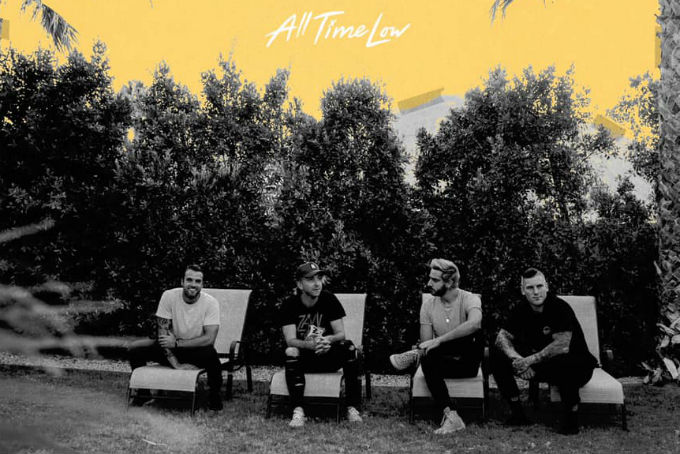 Wake up! It’s time for some happiness amidst the chaos, and All Time Low have provided. The pop-punk band from Baltimore has been making waves for years, but in 2020, they’ve given us some of their best content to date. Their latest studio album, Wake Up Sunshine, gives us 15 songs that’ll have any listener feeling every emotion.

Previously, All Time Low had faltered with releasing too many singles upfront. However, on Wake Up Sunshine, each single was more energetic than the last and had all of us self-isolators feeling less alone.

The energy of Wake Up Sunshine is reminiscent of some of All Time Low’s best work from albums like So Wrong It’s Right and Don’t Panic. Through relatable lyrics, brilliant features and dynamic instrumentals, the album sonically hits the spot. The Baltimore boys are stronger than ever with their words on this album. Songs such as “Sleeping In” and “Melancholy Kaleidoscope” are witty and catchy with memorable words you just want to sing and dance to. “Glitter & Crimson” and “January Gloom” are some of the more emotionally-charged songs. Alex Gaskarth provides powerful vocals and allows listeners to really connect with these songs.

Wake Up Sunshine also excels through its instrumentals. From “Some Kind of Disaster” to “Basement Noise,” we’re given heavier drums and guitars than most of the previous two albums. Rian Dawson and Zack Merrick provide a strong, rocking rhythm. Meanwhile, Jack Barakat and Alex Gaskarth give us riffs for days. The band even recognizes the art of an album with Wake Up Sunshine by including an interlude and a two-part theming of songs titled after seasons. All Time Low has truly perfected their sound on this album, satisfying both old and new fans.

Another strong suit of the album is the collaboration. Previously, collaborative tracks have been more of skips on All Time Low albums. Now, the band used their connections to work with today’s most popular artists. “Favorite Place” with The Band Camino brings an indie sound to All Time Low. Alex’s vocals mix beautifully with Jeffrey Jordan‘s. Then, we have one of the most standout songs on the album, “Monsters” featuring Blackbear. The song is energetic and catchy, and we get a fun and fast rap from the “Hot Girl Bummer” rapper. Surely, this song will provide a lot of accolades for the band.

So, if you haven’t listened to Wake Up Sunshine yet, you’re missing out. All Time Low has created a song for every mood that will make you leave this album on repeat all summer. The band has a way of putting out positive energy into the atmosphere, but they really outdid themselves with this one. This album couldn’t be more them. Hopefully, we can catch these songs at a show soon. Until then, the band is keeping us fans happy with plenty of livestreams, content and merchandise.