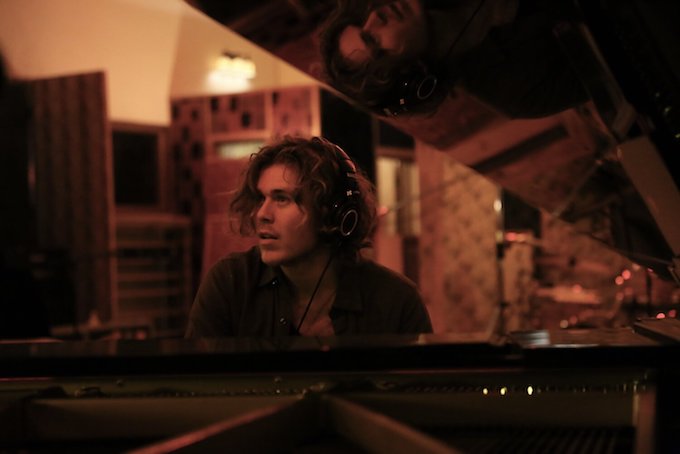 Singer-songwriter Christian Lopez has had quite the career, despite his young age. At 19, he had already dropped his debut album, which caught the eyes and ears of fans around the globe. Now, at 24, the West Virginia-native recently dropped “Who You Really Are,” a powerful ballad with emotionally-charged lyrics.

Despite taking a few years in between releases, Lopez has started out 2020 with a bang, churning out a slew of incredible singles, like the upbeat “Sip Of Mine.” We spoke to Christian about what’s up next, how he has been spending his time, and, of course, his favorite snacks.

You took a bit of a hiatus from music, what made you come back?

I wouldn’t say I was on a hiatus. I was living and writing but mostly touring — house shows, club shows, theater shows, backyard shows. I feed off the road but at the same time, I was going through a rediscovery of myself. As you can imagine, signing a record deal at 18 — you’re thrown into a world that you don’t really have much control over so breaking free and learning to trust only myself was a huge part of the last three years. I took that time to surround myself with people that allowed me to be myself as freely as possible, and this is the product of that.

So, “Who You Really Are” was written at a wolf sanctuary, yes? Could you describe how that came to be? And how did that influence your songwriting?

I wrote this song with one of my great friends, Jordan Lawhead, an incredibly gifted songwriter from Arizona. Jordan and I have written a few other songs together from my old albums, like “Swim The River” and “Silver Line.” He lives now on a wolf sanctuary in Pegram, Tennessee, which always makes it such an adventure to link up and work on something new.

I was passing through Nashville last January and hit him up out of the blue. We got together and “Who You Really Are” was the result of it. Jordan and I simply have an undeniable fusion that makes creating together a blast. His detachment from the world in that sanctuary creates a magical space for us to let go and make our music. Plus, the Wolf Man takes us around from time to time to feed the wolves.

And the video just dropped! Sounds Like Nashville called it eerily prophetic. How have the video and the personal story behind it evolved since you recorded it, filmed it and now released it?

It is somewhat relevant, isn’t it? Singing to an empty theatre. It’s funny — when we recorded it in late May of last year, the idea was to simply show the world that regardless of the crowd, it’s just me and my guitar. But looking at it now, it makes me think how we come into the world alone and we leave this world alone. It’s our duty to ourselves to live our truth.

You started writing and performing really young because of your mom. Does she still help influence your music?

She is the foundation of everything I do, so yes, she affects it every day.

What kind of stuff can we expect from your new project?

Well, I played every instrument except the drums on this entire project, so I’d say a dip in musicianship. In all honesty, I’d say this is my best. But who wouldn’t say that about their latest work? I was my most honest and I loved co-producing this with my friends, Robert Stevenson and Billy Rassel. It’s the most “me” I’ve ever given.

Who would you want to work with in the future?

These times have been really rough for a lot of people, especially musicians. Who do you listen to most when you want to calm down?

I either turn on The Avett Brothers if I need to relate to someone. I’ll also listen to some rockabilly playlists, or I’ll just crank up some Funk. How does that not get you feeling loose, you know? Moving calms us down, so some others would be Parliament, Kool & TG, and Commodores.

And finally, what do you want people to know about you that they may not know from a quick Google search?

I’m not the Christian Lopez that caught Derek Jeter’s 3000th hit or the famous Mexican soccer player from the 80s.  I’m the singing kid from West Virginia.

Random fun question: In the “Sip Of Mine” music video, you go shopping for snacks at a store. What is your go-to snack right now, especially during self-isolation?