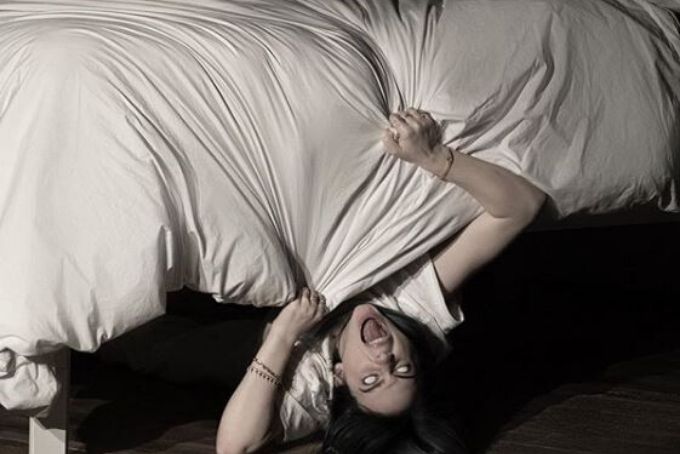 Billie Eilish may be a household name now, especially after sweeping the Grammys earlier this year. But, despite her massive success, she is still a young woman who struggles with her body image. In the past, the “Bad Guy” singer revealed in a Calvin Klein ad that she wears baggy clothes to avoid being sexualized. She was quoted as saying, “That’s why I wear baggy clothes. Nobody can have an opinion because they haven’t seen what’s underneath. Nobody can be like, ‘she’s slim-thick,’ ‘she’s not slim-thick,’ ‘she’s got a flat ass,’ ‘she’s got a fat ass.’ No one can say any of that because they don’t know.”

In a new interview with Dazed Magazine, the 18-year-old singer-songwriter discussed how she had recently gone through a phase where she didn’t look at her body at all. “There was a point last year where I was naked and I didn’t recognize my body ’cause I hadn’t seen it in a while,” she said. “I would see it sometimes and be like, ‘Whose body is that?'”

She also addressed some recent backlash that she received after posting photos of herself in Hawaii in a bathing suit. “It was trending. There were comments like ‘I don’t like her anymore because as soon as she turns 18, she’s a whore,'” she said. “Like, dude. I can’t win. I cannot win.”

Despite the backlash, Eilish has gotten into a slightly better mindset about her body: “It’s not that I like [my body] now, I just think I’m a bit more OK with it.”

She also recognizes the position that she is in as a young singer, growing up in the spotlight with unfair expectations placed on her. Even though she has only been in the spotlight for a couple of years, she has expressed a distinct style that many of her fans and critics may have a difficult time letting go. “If I wore a dress to something, I would be hated for it,” she said. “People would be like, ‘You’ve changed, how dare you do what you’ve always rebelled against?’ I’m like, ‘I’m not rebelling against anything, really.’ I can’t stress it enough. I’m just wearing what I wanna wear. If there’s a day when I’m like, ‘You know what, I feel comfortable with my belly right now, and I wanna show my belly,’ I should be allowed to do that.”

We think Billie is a great role model for being so open about something that many young women struggle with. Here’s hoping that her opinion of her body image continues to improve.