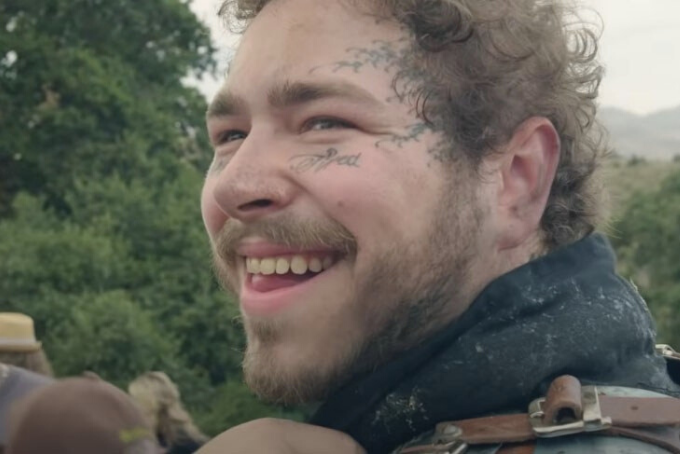 The behind-the-scenes footage shows Post suiting up in the many layers of his shiny knight armor as he journeys through the woods into a small village. But of course, Post Malone’s knight get-up would not be complete without a pair of crocs, which he is seen wearing while riding a horse and trekking through a swamp on his journey. The video shows how many of the incredible shots from the music video were taken, including ones where the singer is laying down on a bed of flames and then buried alive.

Its really amazing to compare the behind-the-scenes footage with the final music video to see how much goes into the production of such a great music video. Being on the set of a Post Malone video looks like a ton of fun, and you can really tell how passionate he is about telling a story with his visuals. You can check out the behind the scenes footage from Post Malone’s “Circles” music video down below.

And if you’d like to watch the music video in all it’s Posty glory once again, you can do so down below!