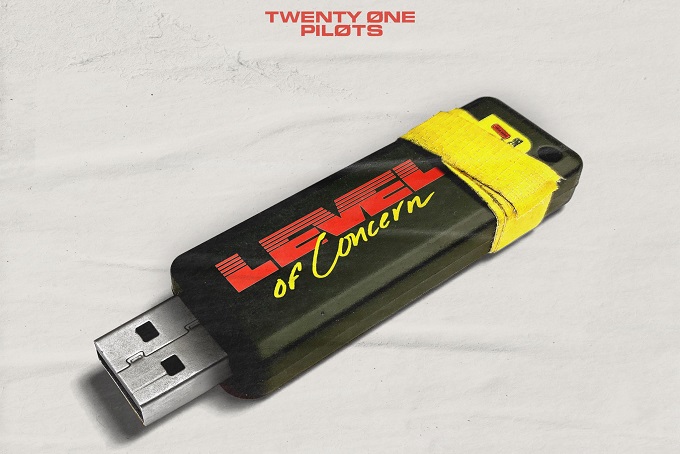 On April 9, Twenty One Pilots released their new single, “Level of Concern,” along with the tune’s music video. This is the first song the band has released since their fifth studio album, Trench, came out on October 2018. Lead singer Tyler Joseph teased the song for the first time on April 5 via Twitter:

always writing,
but this one feels like it should just come out now

Tyler described the track as “simple but hopeful,” and he also mentioned that “Level of Concern” is the first song he has ever written on an electric guitar. Joseph also sent a tweet to drummer Josh Dun telling him he had sent some files. Later, Josh joined the Twitter banter and responded to Tyler:

tyler, got the files. sending some back your way.

when everything is safe i will come over and teach you how to DM. this works for now though https://t.co/bgm0oYfvRb

Level of Concern” is about Tyler’s thoughts concerning the coronavirus pandemic and its effects on society and the live music industry. Tyler stated stated that “no one knows when live music will get back on its feet.” For this reason, a portion of the single’s proceeds will go to Crew Nation, an organization that helps people who work in the live performance industry who lost their jobs during the COVID-19 pandemic.

i also want a portion of whatever money this song makes to go to this charity i saw called crew nation. it provides funding for people who work in the live music industry who don’t have a job right now.https://t.co/K3XZJxrWs8

The music video for “Level of Concern” takes place in each of the duo’s homes. It features Tyler’s wife Jenna and daughter Rosie, as well as Josh’s fiancée Debby Ryan. The video starts with Tyler recording himself playing the song and mailing a USB drive with the video to Josh for him to do the same. Later, Jenna and Debby help their partners to set up the lights and scenery to make it look like they are in a concert. Overall, the song and video highlight the love the band has for their families, a common concept in many of Twenty One Pilots’ songs and music videos.

You can watch the music video for “Level of Concern” below: