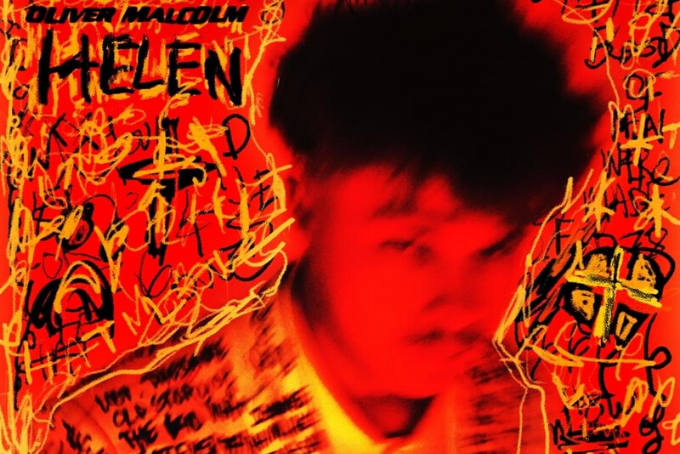 Oliver Malcolm might not be a household name yet, but the London-raised musician has solidified himself as a star in the making. With just two official singles under his belt, the 20-year-old has already proven to be a capable songwriter, producer and vocalist. However, the release of his self-directed music video for “Helen” revealed that the newcomer’s versatility truly knows no bounds.

“Helen” marks Malcolm’s directorial debut, where he guides us through a captivating story formatted into chapters. “The protagonist returns to where it all began,” he specifies at the video’s halfway mark. “The nightmares outweigh the dreams, in this place it seems, the echoes of his once lovers screams, keep him company.” The solemn story provides a dark, semi-chaotic atmosphere akin to the one present in the video for his first single, “Switched Up.” Rarely will a new artist establish their creative vision so early in their career, much less as seamlessly as Malcolm has.

Sonically speaking, “Helen” is as unique as its mesmerizing visuals. In an interview with Fader, Oliver stated that “The song feels gritty and raw because that’s how I felt being back home in England.” The creation of the track began with a sample, which inspired a corresponding drum pattern and a gut-punching bassline. The lyrics, albeit short and direct, dive deep into a state of mental unrest as he begs for “Helen” to “rescue” him before he goes to sleep. Malcolm detailed the making of the song in a YouTube video shot at his home studio.

Oliver Malcolm has been making music since his early teenage years, initially serving as a producer for musicians like AlunaGeorge, Joey Bada$$ and Jay Rock. After developing his own voice and further honing his talents, the budding star has evolved into an artist whose prospects are just as high — if not higher — than he could’ve ever imagined.