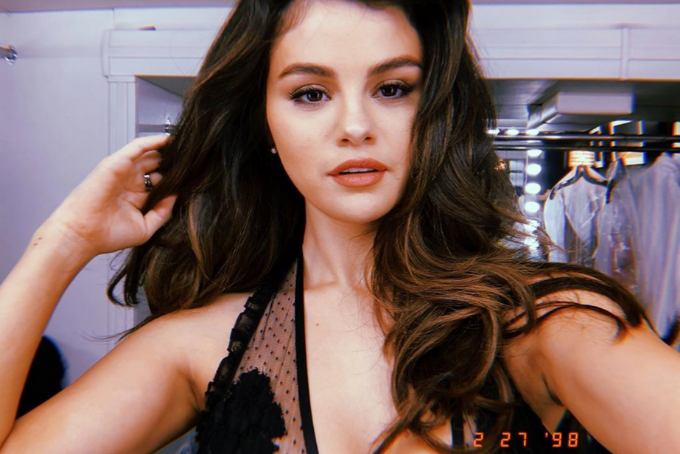 Selena Gomez is sueing a mobile game company for allegedly stealing her image and likeness. The 27-year-old “Rare” singer is suing the makers of the mobile game Clothes Forever – Styling Game for up to $10 million in damages, with an actual amount to be determined at trial.

In the game, which is available on the Apple App Store, the player works as a virtual stylist and, according to the game’s description, has the opportunity to “interact with the most beautiful models and celebrities; the likes of Kardashian, Gigi, Beyoncé, Taylor, and more will be dropping by and asking for YOUR fashion advice!”

The lawsuit states that the game features an image that “blatantly rips off a popular image of Gomez.” The image in question is one of the multitalented starlet that appeared on the cover of Flare Magazine. The lawsuit continues by saying that the use of the singer’s likeness “creates the false impression that she has endorsed the Game or has something to do with the Game, and undoubtedly is intended to attract consumers to make use of the Game.”

Alex Weingarten, an attorney for the actress and singer, gave a statement to multiple news outlets, noting, “Selena Gomez is a style icon. This is an egregious violation of Selena’s rights, which we will litigate vigorously to vindicate.”

Along with Gomez, the suit claims Clothes Forever uses the images and likenesses of Rihanna, Kendall Jenner, Gigi Hadid, Taylor Swift and Kim Kardashian, without securing permission from any of the famous women to use said images. It also claims that the game developer companies, Forgame Holdings and MutantBox Interactive Ltd, “conspired with each other to wrongfully use Gomez’s publicity rights without authorization for their own commercial purposes in order to gain at her expense.”

It also claims that the “Lose You To Love Me” singer has invested time and resources into possibly entering the “mobile game space with respect to fashion in particular,” and that the use of her likeness in Clothes Forever has negatively affected her ability to move forward with a project.