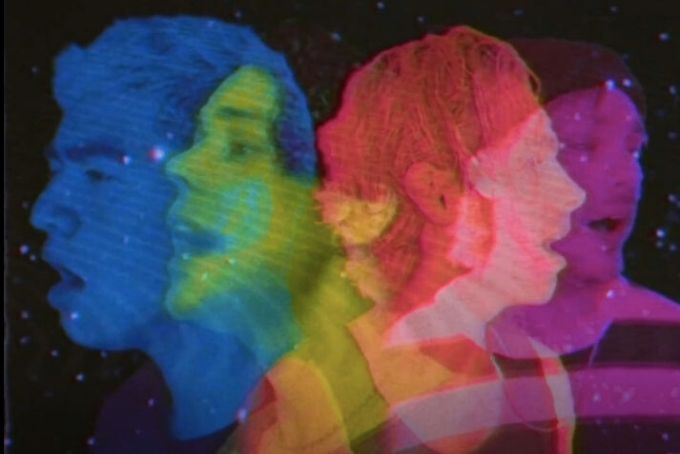 5 Seconds Of Summer‘s new music video for their latest single “Wildflower” has visuals that will put you in a trance. Due to the ongoing coronavirus pandemic, the band was forced to think out of the box with this video and get creative, due to social distancing guidelines. Since the band was unable to get together with a film crew to create a music video for the single, the band individually filmed footage from each of the bandmates’ homes instead. By using an iPhone and passing around a green screen, the “Easier” musicians were able to create something better than we could’ve imagined.

The Wildflower music video out now! We made this video during quarantine by passing around a green screen from house to house (disinfecting it of course) and capturing the footage just on our phones. We gave the footage to @andydeluca and @saraheiseman who then created all the art and edited the video.

The video is very heavily inspired by music videos from the ’90s and has a very vintage feel to it. The band sings “You’re the only one who makes me // Every time we // Tell you what I like // My wildflower” as they are transported into a psychedelic wonderland. The colorful and bright visuals from the video depict the happy and feel-good vibe of the song perfectly.

The band visibly seems to be having a fun time fooling around while filming the video. Luke Hemmings‘ dog, Petunia, even makes an adorable cameo! With the magic of editing, the four band members were able to have a jam session under the rainbow in the middle of a field without having to leave their homes! By stepping out of their comfort zones and trying something new for this video, 5SOS managed to create some real art. You can check out the video for “Wildflower” below, and be sure to leave a comment and let us know your thoughts on the homemade video.