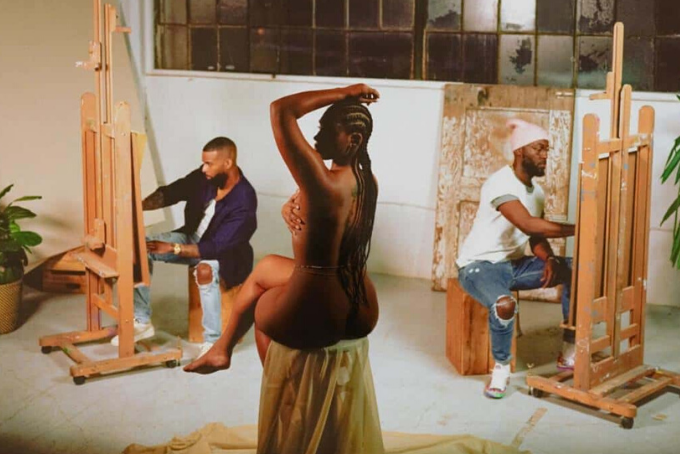 To help us in our lockdown, many artists are writing and scheming new material, proving that inspiration and creativity never stops.

Canadian R&B duo Dvsn were hard at work on a new album, A Muse In Her Feelings, released last Friday, April 17. The album cover features the silhouette of a model in a chair as the subject of a painting, while the guys sit by easels and absorb their company, capturing her beauty and grace. Three years after the release of 2017’s Morning After, members Daniel Daley and producer Nineteen85 embody soul and style, taking R&B to a new level.

“Between Us” ft. Snoh Aalegra out Now! Our Album ‘A MUSE IN HER FEELINGS’ out April 17th! (Pre-order or Pre-save available now-link in bio)

Dvsn first turned heads with the release of their single “With Me” in 2015, gaining the attention of one of the biggest rappers in the game, Drake. Later, they were signed with OVO Sound and on the move with their music. Their album, SEPT. 5th was a powerful start to their career, with sweet tracks like “Do It Well” and “Hallucinations.”

In the new album, they get by with a little help from their friends Summer Walker, Future, and Ty Dolla $ign, to name a few. The second track (ironically) is “Friends,” but with a twist! PARTYNEXTDOOR, also a member of Drake’s army at OVO, joins the duo for a track about commitment and heart.

The track starts with staggered beats, later bringing their voices to life — a signature style for Dvsn. “Friends” is an anthem and act of defiance, as the two advise each other to refuse outsiders’ advice who claim they’re “crazy” and “wasting their time”. PARTYNEXTDOOR and Dvsn get us in our feels as they describe their idea of a perfect situation: a fling.

Daley’s lovestruck lyrics, along with Nineteen85’s mixes and PARTYNEXTDOOR’s support, highlight Dvsn’s reprise in the music scene. They prove that heartache and wavering devotion can bounce off a quality rhythm.

You can listen to your “Friends” below!