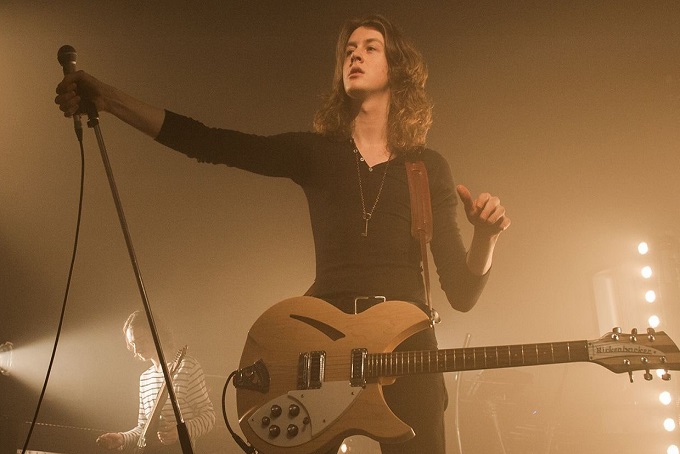 The music video for “Charlemagne,” Blossoms’ most famous song, takes place in a psychedelic house, which will make you think you are watching a thriller. The cinematography is amazing, and paired with the song, it makes it one of the band’s best music videos.

“Your Girlfriend” was Blossoms’ first single off their latest album, Foolish Loving Spaces, released in January this year. Tom Ogden has referred to the song, saying he found inspiration from someone else’s story: “I think I saw it on the telly or maybe heard it on another song. Someone was saying they’re in love with their friend’s girlfriend and I thought ooh that’s a good, strange take on a love song. A different angle to go at and it’s obviously not about me, just to be clear!”

The music video for the song shows the band dressed up as classical Halloween icons: Frankenstein, a werewolf, a mummy, Dracula and Frankenstein’s bride. Overall, “Your Girlfriend” is a fun song, but paired up with this video, it’s sure to be an entertaining experience. Also, do not miss the post-credits scene!

Both the song and music video for “I Can’t Stand It” are inspired by the 2004 film Eternal Sunshine of the Spotless Mind. The lyrics “booked myself for some amnesia to keep me in line” are a direct reference to Joel (Jim Carrey)’s decision to erase Clementine (Kate Winslet) from his memory. The song is also one of Ogden’s favorite Blossoms tunes:

Great reaction to ‘I Can’t Stand It’ – it’s one of the my favourite tunes we’ve ever done!

Similar to the movie, the music video takes place in a surreal medical center with the band playing doctors and surgeons who will erase Tom’s former lover from his memory. In the video, there’s a mannequin with an orange wig, which is a rendition of Clementine’s bright hair.

All in all, “I Can’t Stand It” is a great music video that pays homage to a cinematic masterpiece, and it definitely deserves a spot in Blossoms’ best music videos.

The music video for “Honey Sweet” is a love letter to the band’s hometown in England, Stockport, and it also draws inspiration from ’80s cinema. In the most Stranger Things fashion, the band rides bicycles around town while looking for the DeLorean time machine from Back to the Future. The ’80s references are everywhere, from the production of the song to Tom Ogden’s outfit, which resembles John Bender’s clothes in the 1985 film The Breakfast Club.

As a whole, “Honey Sweet” will make you believe in music again, and it will also make you want to go to England as soon as possible.

Set in an ’80s prom dance, the music video for “How Long Will This Last?” was filmed in the Stockport School, where Tom and his bandmates Josh (guitar) and Joe (drums) studied during their high school years. The music video is a follow-up to the “Honey Sweet” music video. The band said that they “felt that [they] had left Honey Sweet on a little bit of a cliff-hanger, so decided it was only right to follow on from that with this video.”

Likewise, “How Long Will This Last?” is inspired by Back to the Future, and the plot revolves around a time paradox where the band members encounter different versions of themselves. We also get to see Tom and Joe switching places in the band and totally failing. The music video is really funny, and that’s why it reaches the first spot on this list.

We wish Tom a happy birthday!