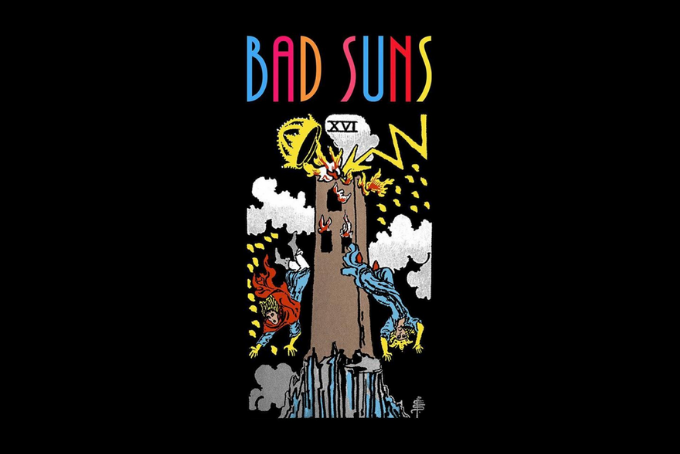 Los Angeles-based indie rock band Bad Suns recently released their first single of 2020, “I’m Not Having Any Fun.” The new single acts as a b-side from the quartet’s third album Mystic Truth, previously released in 2019.

The band shared some details of their songwriting process with their label, Epitaph Records. Frontman Christo Bowman explained, “’I’m Not Having Any Fun’ came to life in the spring of 2018, during one of our afternoon jam sessions in the living room of the house we all lived in together while writing the Mystic Truth album. I wanted to inject humor into the lyrics, as the song weaves through the story of a relationship gone awry in the internet age. We ultimately decided to hang onto this one for later, as it didn’t quite match the tone of the rest of the album, and I’m glad we did because now feels like the right time for it to have its day in the sun, even if that sunlight’s just coming through the window.”

For the band specifically, the lyrics are centered around a relationship that is fueled by tension and on-and-off fiery arguments. Christo sings, “Angie screams via machines // I left her roses, she left me // Subtle as gunfire, sharper than barbed wire // Face like a dream.” Despite being smitten with someone, Christo points out that the chemistry and communication of a relationship outweigh attraction in the long-run. He continues into the chorus, “I’m not havin’ any fun // I’m not feelin’ so alone for once // Every voice is like a loaded gun // Shots fired then the words get spun like a web.” Above all, this new single reinforces the importance of boundaries in relationships and within ourselves.

It seems as though the band has saved this release for the perfect time, considering a majority of the nation has been quarantined for the last month or so. The root of the song’s message preaches acknowledging and accepting that you have a problem, which is vital for the next steps in moving forward with your healing.