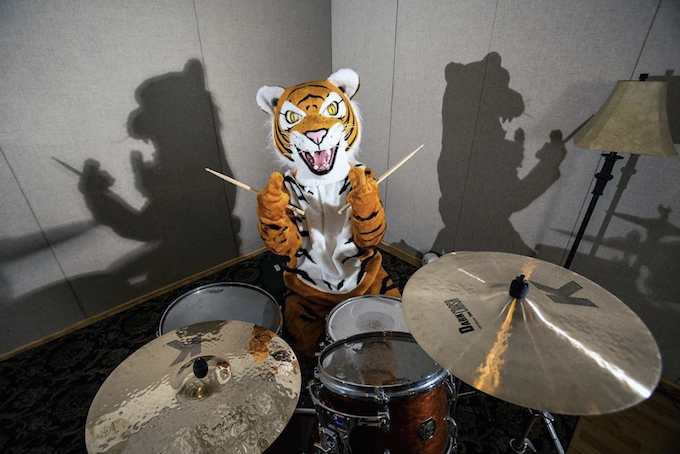 To say we have all been bored is probably a huge understatement, and while we think that celebrities, including bands, are busy with other things, The Offspring have proved us wrong. Just before our quarantine started, Tiger King hit Netflix and became a huge hit and a major talking point for everyone (*cough* Carole Baskin killed her husband *cough*)! And now, Joe Exotic became a household name, and his songs became a hit, even though you can’t currently download them on Apple Music.

While many people know Joe Exotic for his mullet, his multiple husbands and the mutual hatred between himself and the infamous Carole Baskin, people also recognize the familiar tune of his song “Here Kitty Kitty.” This “country” song and music video depicts Carole feeding her husband to the tigers, which Joe accused her of through the show. Many people have made TikToks and a variety of memes about this song, but The Offspring took it to another level. The Offspring make a remixed version of the song and created a music video that is definitely worth the watch!

Here is the original Joe Exotic version of the song in case you needed a refresher.

Now for The Offspring version of the song, they speed it up a little bit and add more of a rock flair to it, making it a little different and more fast-paced. Their version of the music video doesn’t involve the real tigers that Joe had, but it does have people dressed in tiger costumes, but it’s the thought that counts there. The video included some fun shots of the band, and you can even see the members wearing face masks (the ones that aren’t dressed up). It’s definitely worth checking out, and hopefully, it inspires some more fun takes on the music – social distancing style, of course!

Check out The Offspring’s version of “Here Kitty Kitty:”