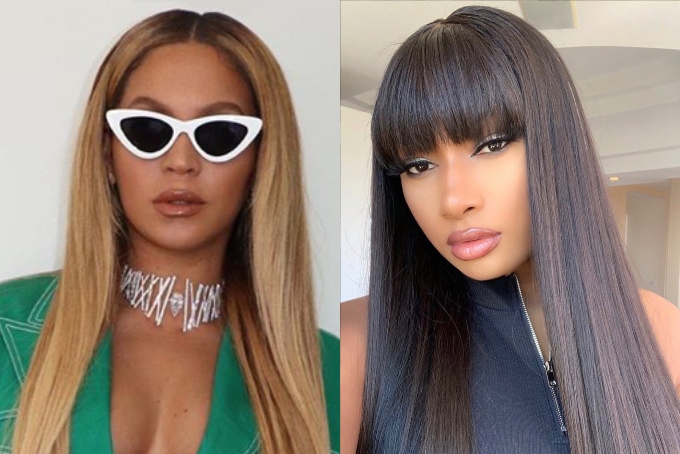 If you’ve already posted a TikTok doing the viral “Savage” dance, you might want to reconsider and delete. Why? Because yesterday, April 29, Megan Thee Stallion dropped a remix of the viral hit with none other than — wait for it — Beyoncé.

That’s right! The queen has arrived — by way of an animated video featuring a horse and a “Welcome to Houston” sign — and when we tell you she comes in hot, we’re not lying. “Queen B, want no smoke with me,” she raps on the intro. “Been turnt, this motherfucker up eight hundred degree.”

After calling herself a “treat” and “bougie” (find the lie), plus a verse from Meg herself, the chorus we all know and love kicks in. “I’m a savage,” the duo sings in unison. “Classy, bougie, ratchet, yeah / Sassy, moody, nasty, yeah / Acting stupid, what’s happening?” Are you doing the dance yet? Yeah, us too.

But perhaps the best part of the remix comes with Beyoncé’s second verse, when she references the viral video app and Onlyfans, which is a subscription content service that allows creators to earn money from “fans” who subscribe to see their exclusive content. “Hips tick tock when I dance,” she raps. “On that demon time, she might start an OnlyFans.”

And the verse only gets better from there. “Big B and that B stand for bands / If you wanna see some real ass, baby, here’s your chance,” she sings before shouting out her home state. “I say, left cheek, right cheek, drop it low, then swang / Texas up in this thang, put you up on this game.” And no, she couldn’t resist a reference to her mom, either. “I’m a boss , I’m a leader, I pull up in my two-seater,” she says. “And my mama was a savage, n—a, got this shit from Tina.”

Not going to lie: We’ll always love Megan’s original version of “Savage.” But truth be told, Beyoncé’s remix is stellar, and all Beyoncé fans would likely agree that she took the already viral track to the next level. Will we listen to the original ever again? For sure. But for now, we’ve got the remix on repeat.