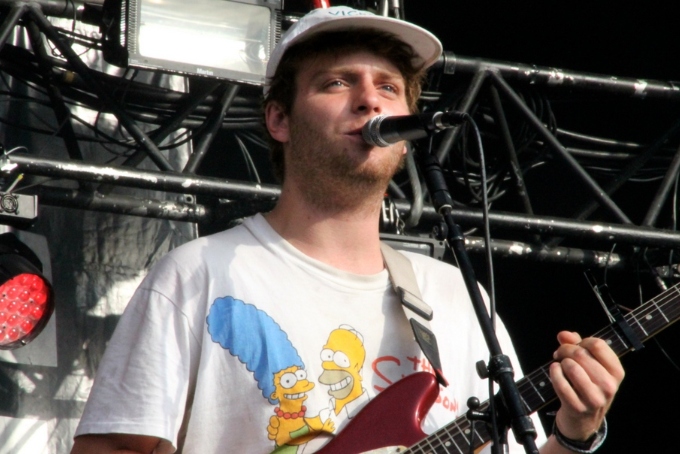 This indie music master keeps the good vibes flowin’. Canadian singer-songwriter Mac DeMarco can add multi-instrumentalist and producer to his list of talents, yet he’s too humble to brag, which we respect!

Mac’s craft is comprised of flat drums, chorus and vibrato effects, along with lo-fi guitar riffs. His songs are perfect additions to chill playlists or when you need a mood booster! For his birthday, we’ll take a look at his work and how his style is embedded in each track. He’s an outgoing, yet camera-shy artist, who loves a jam session with other musicians, such as friends Anderson .Paak, Thundercat and the late Mac Miller.

He first picked up a guitar in junior high, taking lessons from his grandmother. After being featured in many bands growing up, he moved to Vancouver and started producing his solo career. His psychedelic, snazzy sound was constantly tweaked and defined, as he was hard at work making Heat Wave, his first album. In 2009, he was asked to join the Japandroids, a band from Vancouver, on tour!

After striking out for a short time, DeMarco eventually found success in Captured Records, who loved his sound so much that they announced a signing at the start of 2012. From there, he released the LP, Rock and Roll Night Club. The album features slow jams and breezy tracks, including “I’m A Man” and “She’s Really All I Need.” Shortly after, his full-length album 2 emerged, giving new fans more excitement and letting them into his world. “Dreaming” makes us feel chill while cruisin’ on the back roads.

In 2014, while residing in Queens, NY, Salad Days arrived and became one of his most discussed albums. Pitchfork had labeled the pieces as “Best New Music” at that time. Some favorites include “Chamber of Reflection,” “Let Her Go,” “Salad Days,” “Passing Out Pieces” and “Treat Her Better.” Each song on the track list promotes good vibes and rebuilds your confidence. His fourth album the following year, Another One, was geared toward a collection of love songs, as demonstrated in “The Way You’d Love Her” and “A Heart Like Her.”

A few years later, in 2017, DeMarco’s This Old Dog hit the scene; it focuses on his personal life. This can be detected in “My Old Man,” “A Wolf Who Wears Sheeps Clothes” and “Still Beating.”

Most recently, Mac provided fans with a dreamy, smooth album, Here Comes The Cowboy. It marked its first top ten appearance in the US Billboard 200 at number ten. Hits include “Nobody,” “All of Our Yesterdays” and “Preoccupied.”

Due to the COVID-19 pandemic, Mac’s upcoming tour with his band has been cancelled. A few weeks ago, PBS NewsHour emphasized how the lockdown has impacted the music industry, and how live concerts have established a unique connection between fans and artists. DeMarco voiced his concern on the show, saying he’s “devastated” at the cancellations across the industry, yet recording in his garage in isolation is “kinda what I do everyday.”

We can’t wait to hear more from Mac, who’s set to release demos from Here Comes The Cowboy! Thanks, Mac, for making great beats!