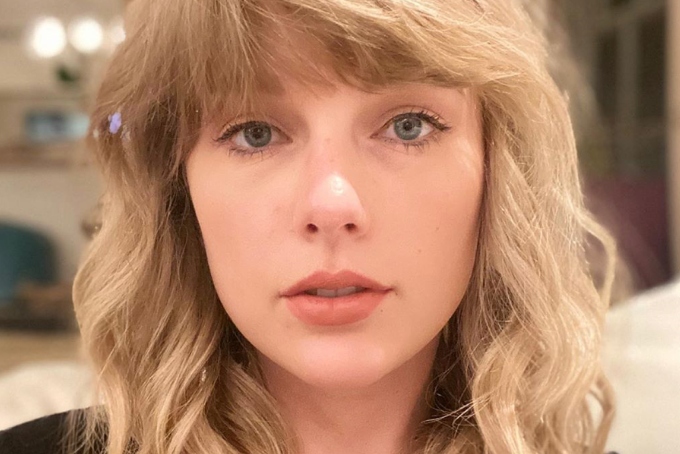 In recent weeks, Taylor Swift has given generous donations to fans who’ve been struggling financially due to the ongoing coronavirus pandemic. But the pop icon’s not done bringing smiles to fans’ faces quite yet. Yesterday, May 3, a fan named Whitney Hilton — a nurse who traveled to New York City to help out — took to Twitter to share a gift she received from Swift for her 30th birthday.

“HAPPY BIRTHDAY!! I wanted to send you some presents and to let you know I am so grateful for you,” Swift wrote in the note. “I can’t thank you enough for risking your life to help people and for spreading the message loudly that people need to hear, about taking this seriously.”

I need to PUBLICLY THANK TAYLOR SWIFT @taylorswift & @taylornation13 @treepaine for sending me a box full of Merch & a PERSONALIZED LETTER from Taylor herself for my 30th birthday/for going to NYC 🗽to help as a nurse. This was quite literally the BEST DAY OF MY LIFE. 😍 pic.twitter.com/FqGMsZGixs

The note didn’t end there, though. The “Cruel Summer” songstress also thanked Hilton for attending her concert. “Also, I saw the photo of you from my show!” she wrote. “Thank you for coming!! I would love to give you a hug next time and thank you in person. With love and admiration, Taylor.”

Understandably, Hilton was feeling all the feels upon opening Swift’s gift, which included not a just a letter, but a whole lot of merchandise. “I need to PUBLICLY THANK TAYLOR SWIFT @taylorswift & @taylornation @treepaine for sending me a box full of merch & a PERSONALIZED LETTER from Taylor herself for my 30th birthday/for going to NYC to help as a nurse,” she wrote. “This was quite literally the BEST DAY OF MY LIFE.”

As diehard Swifties know, this certainly isn’t the first time Swift’s given back to fans during these very trying and uncertain times. She sent money to several fans facing financial hardships, and is even paying out the salaries of employees at a Nashville record store for the duration of three months.

Swift’s been very vocal about giving back during this time, too. In a recent SiriusXM interview, the “Lover” singer said she’s been “trying to figure out how to help others.” She also said she’s “constantly in awe of our first responders and our emergency workers and our healthcare professionals who are putting themselves in danger every single day that they go to work. So shout out to everyone who works in a medical profession, everybody who’s out there helping.”