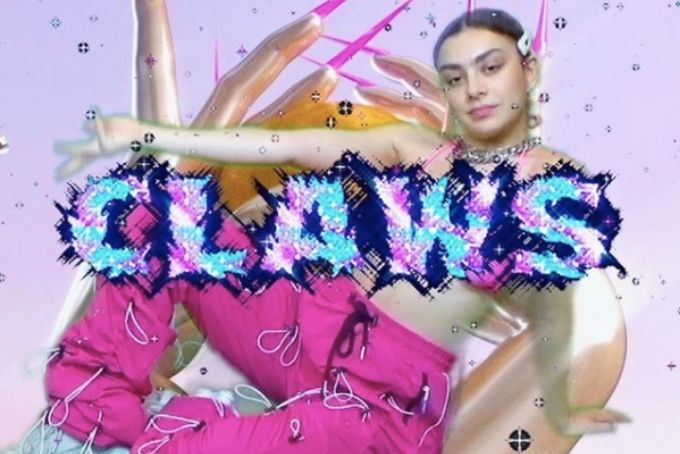 Charli XCX is using quarantine to keep creating and we are so thankful for her dedication. So far she’s released two tracks during lockdown: “Forever” and “Claws.” The music video for “Forever” is comprised of thousands of clips sent in from fans, documenting pre-COVID-19 memories. It was emotional and made us long for a time when we can all be together again.

The music video for “Claws” takes a different direction. It’s more upbeat, fun and goofy. But it still shows an intimate look at Charli’s life and encapsulates her wild personality that fans love. The music video was shot entirely in Charli’s house with assistance from her boyfriend, Huck Kwong, and directed (from afar) by Charlotte Rutherford. It takes place entirely in front of a green screen, which made for entertaining and funky visuals.

At the beginning of the video, we see Charli and Huck’s makeshift set for the video. This is the most Charli has been on camera with her boyfriend of a couple years. It also gives fans a glimpse into her home and personal life. Although they couldn’t film on a proper video set, quarantine is allowing Charli to give fans more creative, personal and vulnerable content, which can definitely be seen as a silver lining to this pandemic.

The video is essentially Charli dancing and singing along to “Claws” with various props found in her home and green screen backgrounds that include Charli XCX brand-esque visuals. She has multiple outfit changes, including a green morphsuit, showing off her quirky sense of humor. There are also some animated characters scattered throughout, including a shiny Charli XCX robot. Toward the end of the video, we get some outside content, like Charli riding a scooter through the streets of her neighborhood.

Before the music video ends, fans get an extremely vulnerable moment of Charli and Huck passionately kissing. Before the recent COVID-19 events, Charli has been pretty private about her relationship. She joked around on social media saying that the kiss was inspired by Camila Cabello and Shawn Mendes‘ public displays of affection. But we know these jokes were in good fun, because Charli was actually the songwriter for their romantic collaboration, “Señorita.”

Charli XCX has been working extra hard during quarantine to provide fans with music, videos and personal content. She’s been one of the most interesting musicians during this crazy time, because of her openness about her creative process and guidance from fans via Zoom calls, Instagram lives and more. Since the release of the music video, Charli has provided fans with the ability to use their own backgrounds for the green screen. She has been sharing their hilarious and innovative creations on her own social media, further strengthening her bond with her fans. The music video for “Claws” is super creative and will serve as a good time capsule from this period in our lives.