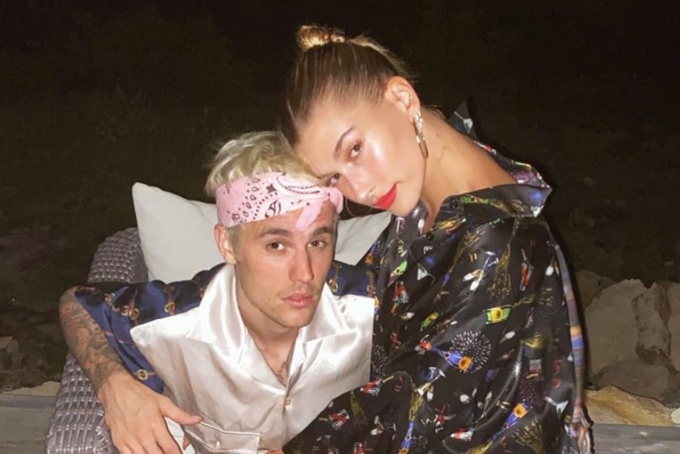 Bored in quarantine with nothing to do? You’re not alone. But if there are people who are making the most of their time while hunkering down at home during the ongoing coronavirus pandemic, it’s newlyweds Justin and Hailey Bieber. And now, the happy couple is inviting you (yes, you) into their home.

That’s right! Yesterday, Justin and Hailey took to social media to announce their brand new, 12-episode Facebook Watch series called — drumroll, please — The Biebers on Watch. “Hi everyone, it’s Justin and Hailey,” the model began. “We’re super excited to be welcoming you guys into our home this quarantine, and giving you and inside look at our lives and what we’ve been up to.”

Sharing our quarantine with you guys. #TheBiebersonWatch ep 1 on my Facebook

Justin then gave fans some additional info about when and where they can catch the series. “Come and check us out,” the “Yummy” singer said. “Watch The Biebers on Watch every Monday, Wednesday, and Friday, only on Facebook Watch.”

As you’ve probably already gathered (or maybe not, if you’re having trouble keeping track of what day it is), yesterday was Monday, meaning the first episode of the couple’s series made its debut. The pair kicked off the series with a sit-down chat about how the pandemic has impacted their day-to-day lives and what they’re doing to keep busy.

One of the things the couple’s been doing has been boat rides on the lake. And in the premiere episode, things actually got pretty deep (and no, we’re not just talking about the water). Justin and Hailey opened up not just about their marriage, but the ways in which the period they were broken up helped them grow and eventually come back together. And because of that growth, Hailey feels that their marriage has been extremely rewarding.

“The most rewarding thing about being married definitely is… just the companionship” Hailey said. “The more that you work on it, and you fight for it to be solid and you fight for it to be — it takes a lot of work wouldn’t you say? We’ve had to work hard on our relationship and I think that that pays off in a way where you just become so connected to each other and so close and so solid with each other.”

We don’t know about you, but we can’t wait for tomorrow, when a brand new episode of The Biebers on Watch airs on — you guessed it — Facebook Watch.